Charles Bertucio, who has made himself rich off of his relationship with Teamster officials, has agreed to a deal that removes him from Teamster membership. 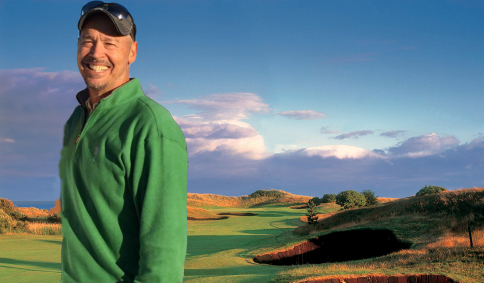 Bertucio is a life-long friend of Rome Aloise, and signed a sham contract with Local 853, headed by Aloise. Aloise claimed at the March hearing on his own charges that he knew nothing about the contract, and also claimed that it is normal for employers to join the Teamsters Union.

The agreement, signed by the Independent Review Officer (IRO) on April 14, bars Bertucio from Teamster membership, or holding any Teamster appointment, for 20 years. It bars him from association with the James R. Hoffa Scholarship Fund (a Teamster and employer fund) for five years, and from any business or social contact with any Teamster for one year.

The deal settles the charges brought against Bertucio.

The sham contract is only one of the charges pending against Aloise, who is an International vice president and Hoffa’s main man in the west. Aloise awaits a verdict from the IRO expected this summer.

Bertucio is an investment firm owner and insurance broker who was paid by health insurance corporations to land business with Teamster benefit funds.

Bertucio bought access to Hoffa and top Teamster officials by taking them on golf trips to Europe, flying them on private jets, and giving away tickets to the World Series and the NBA Finals.

Bertucio even hired Hoffa’s son, Geoffrey Hoffa, to grease his way to Benefit Fund business from the Teamsters. He admitted that he has no idea what Geoffrey Hoffa does.

When Bertucio submitted a substandard bid to the VEBA Trust, a fund covering over 20,000 Teamsters, Hoffa-Hall VP Rome Aloise and Chief of Staff Willie Smith, shared inside information with Bertucio so he could restructure his bid, charge as much as possible and still land the business.

Hoffa advisor Richard Leebove monitored the Fund’s deliberations even though he is exclusively a political and campaign operative and has no role in Teamster benefit funds.

Bertucio landed the account and three months later, he took Hoffa, Smith, Leebove and others on a golf trip to Scotland to play at St. Andrews.

Last September, the Independent Investigations Officer (IIO) went to court to subpoena records related to Bertucio in the on-going corruption investigation of the Hoffa administration.

For further information on this investigation and for source documents, click here.