CEO Collects $521,000, as YRC Teamster Work Given to Nonunion Operators

YRCW CEO James Welch just sold 42,000 shares of YRCW stock he was given for $521,000, which is a fine bonus.  Maybe it’s time to lift some of the concessions drivers gave to make exec bonuses so lucrative. 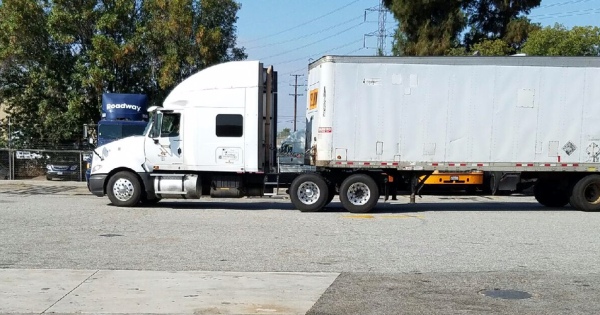 What’s wrong with this picture?

What’s wrong is an International Freight Division that is in bed with the corporation, and which will do nothing to defend Teamster jobs.

Not the drivers’ jobs or the clerks’ jobs, which have been subcontracted overseas.

How about boosting starting pay, so more drivers could be hired? Management (and some union officials) whine about how they can’t find drivers. Every YRC Teamster knows the reason: starting pay is too low!

How about stopping subcontracting out work? It’s rampant at YRC and even worse at UPS Freight.

Bedding Down at the Red Rash Inn

I am a road driver. Some of the places we bed down are ridiculous. I wouldn’t make my dog lay in them. What rights do I have besides grieve and wait? When we find our own rooms, we get threatened with disciplinary actions. Under Article 49 in the contract, it says the company has to pay $40. Why can’t we get some relief?

A May 9 Memo from the IBT Freight Division reports that arrangements have been made so that both active YRCW employees and employees laid off after March 1 will have the full 8 weeks of “Layoff Coverage" going forward from May 10 to continue health care coverage, if they are in TeamCare (Central States H&W). This includes both employees who have been actively working and those who may have already used up some of the “layoff coverage.”...

Today, TeamCare notified all locals and sent a letter to all YRCW Teamsters that YRC and Holland are delinquent on their March 2020 contributions and that they will be unable to pay contributions for work performed in April and May, which will mean a $75 million delinquency to the H&W Fund.

Freight Director Ernie Soehl told Teamster officials on a national conference call that he is in constant communication with freight employers regarding responses and operations during the COVID-19 epidemic.

In the wake of issues surrounding the Coronavirus, the Federal Motor Carrier Safety Administration (FMCSA) has temporarily suspended certain hours of service regulations.