Meeting the Challenge at UPS

How UPS’s changing business model is boosting profits and destroying working conditions and good full-time jobs—and what our union should be doing about it. 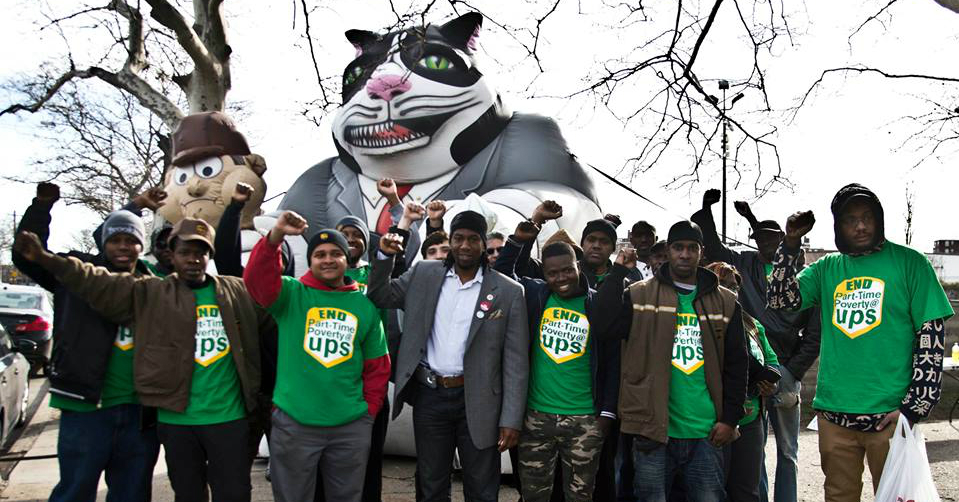 Before peak had even started, UPS had already made $3.5 billion this year. Corporate brass has predicted that profits could reach $5 billion by year-end.

No one wants UPS to go bust. But Teamsters are supposed to benefit from Brown’s growing profits. Instead, working conditions and our quality of life are going downhill.

Higher Profits Even on Lower Volume

You would never know it by looking at the overloaded trucks and exhausted drivers, but domestic ground volume actually declined last quarter.

How is UPS making more money on fewer packages?

First, through old-fashioned speed-up. The company is putting more packages on the trucks and using technology and virtual OJS’s to harass drivers into working faster.

But this is only part of the story. UPS is also boosting profits by exploiting SurePost, Access Point and other subcontracting schemes—at the expense of Teamster jobs.

Hoffa and Hall have been caught flat-footed and members have paid the price.

UPS Used to Stand for Service

Management is moving away from the customer service that was UPS’s hallmark. The focus is on ruthlessly maximizing the profit that can be made from each package.

Business-to-business deliveries is the most profitable segment of the shipping market.

UPS’s strategy for business deliveries is clear: put more packages on the trucks, implement technology to try to cut costs (PAS, EDD, ORION), and use other technology (Telematics) to increase surveillance and harassment to promote speed-up.

Hoffa and Hall completely failed to address these issues in the contract.

Instead of strong, enforceable protections with real penalties for violations, members got toothless language changes and a Hoffa-Hall sales job.

The rise of Amazon and online commerce is changing the game. More packages are being shipped directly to residential customers and that trend will continue.

UPS wants all the Amazon and online shopping business it can get—but residential deliveries are less profitable per package than business deliveries.

Management’s answer is to invest heavily in subcontracting schemes—from Surepost to Access Point—and to shift as much of this work as possible away from Teamsters—and especially full-timers.

SurePost saves UPS big money. UPS Teamsters pick up and sort the packages. But the bulk of the work is handled by the cheapest labor at UPS—part-time sorters and hub workers.

Surepost cuts package drivers out of the loop, which means more volume but not more good full-time jobs at UPS.

Hoffa and Hall gave Surepost the green light—even though it was a clear violation of the contract at that time—without leveraging a single concession from management in return.

Hall said the union would not fight SurePost because that would mean “letting the jobs go elsewhere” but why not at least negotiate with UPS to demand something in return like more full-time jobs and stronger 9.5 protections?

Instead, they let UPS take the money and run.

Residential packages are redirected to UPS Stores, local grocery stores or other local businesses for pick-up by customers.

Service takes a hit—and so do Teamster jobs. Packages are coming off the trucks, reducing the need for drivers and Access Point eliminates clerk and inside work too.

The International Union has the legal authority to bring UPS to the table and negotiate over Access Point and mid-contract changes. Management needs our cooperation to implement these cost-saving technologies.

We need International Union leadership that will get something for the members: more driving jobs to reduce over-dispatch and improve working conditions, more full-time inside jobs, and less harassment and unfair discipline.

UPS Kicking Retirees to the Curb 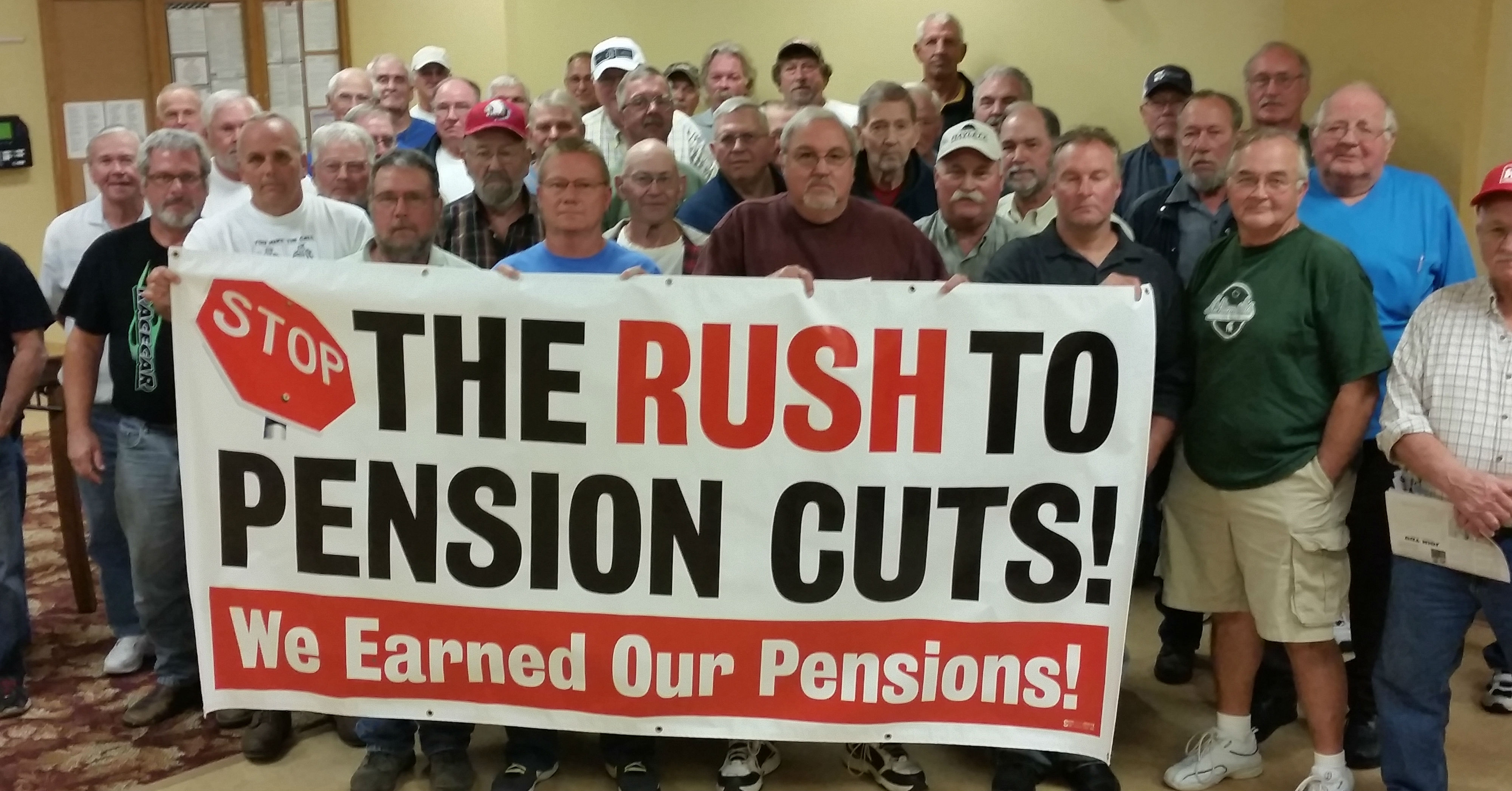 While UPS rakes in billions, 8,737 UPS Teamster retirees have been put on notice that their pensions will be cut in half.

These are UPSers who retired before the company pulled out of the Central States Pension Fund in 2007.

Brown’s withdrawal from Central States is the number one factor behind the pension fund’s financial crisis.

UPS could fully cover every one of these retirees with 2¢ out of every dollar in profits. Or the company could put its political clout behind the Keep Our Pension Promises Act.

Instead the company is coldly kicking 8,737 workers who built this company to the curb. 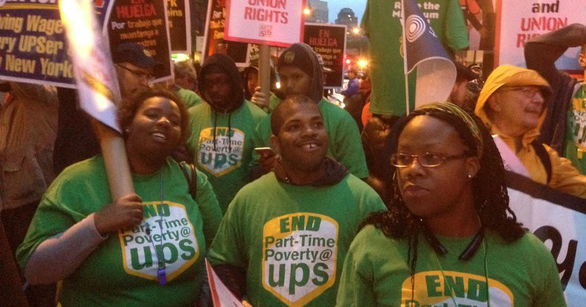 Meeting the challenge at UPS means taking on part-time poverty and fighting for more full-time jobs.

UPS’s massive expansion in Ontario, Calif. could boost the hub’s total employment to as high as 5,000 Teamsters. But it has created no new fulltime 22.3 positions. All new inside jobs are part-timers hired at $10 an hour.

Our union needs to fight for more full-time combo jobs, $15 starting pay for part-timers, and higher pay and more hours for every part-timer.