While Teamster members fight concessions and pension cuts, the Hoffa administration is rocked by yet another corruption scandal. 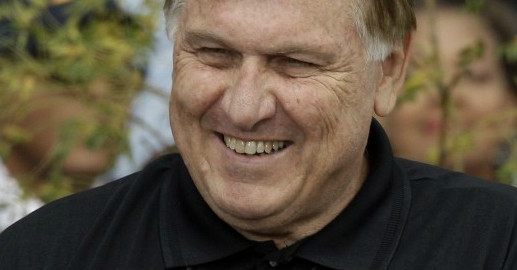 Four hundred thousand Teamsters in 25 states are being threatened with pension cuts.

Over 9,000 Teamsters are gearing up for a potential strike at United Airlines.

Teamster Organizers are trying to make headway at FedEx Freight.

And Hoffa and Ken Hall? They’re battling yet another corruption scandal and circling the wagons around Vice President Rome Aloise who is charged with taking gifts from employers while he gave them concessions.

Aloise is likely to be banned from the Teamsters by the union’s new disciplinary officer. But Hoffa stands by his man. It’s no accident.

Our special report reveals Hoffa’s own ties with the shady characters in the Aloise scandal, the long history of Hoffa administration corruption, and why Hoffa will never kick the corruption habit.

Teamster members depend on focused leadership and public support to beat concessions and pension cuts and to win organizing drives.

There’s a straight line from corruption to concessions and declining union power—and for 17 years it’s run right through the Hoffa administration.