Hoffa-Hall won another delay in corruption proceedings against Ken Hall and top Hoffa aide Willie Smith. Members deserve an end to the corruption cover-ups and a rerun election so we can vote based on the facts. 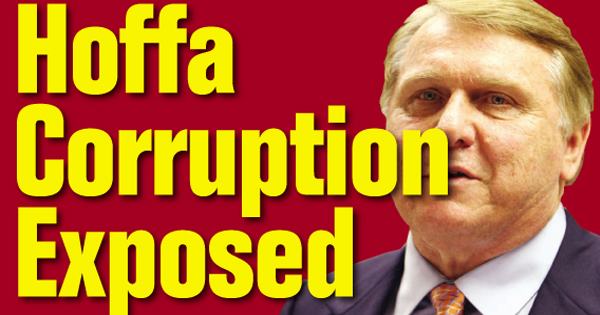 But the Hoffa administration received a 90-day extension to further delay the corruption proceedings against Ken Hall and Hoffa’s Executive Assistant Willie Smith.

The IBT now has until April 30 to hold a hearing on the obstruction charges against Hall and render a verdict. A hearing against Hall has been scheduled for late February. The IBT also got a 90-day extension until May 19 to render a decision in the case of Willie Smith, who was caught taking employer payoffs.

So will Charles Bertucio, the investment firm owner who took Hoffa, Smith and others on European golf junkets after officials rigged the bidding process to land Bertucio a lucrative contract at a Teamster benefit fund.

The stonewalling in these corruption cases is a disgrace. Aloise was charged almost a year ago but is still drawing three salaries.

Hall has been suppressing evidence and obstructing corruption investigations since last March.

Hoffa and Hall can run, but they can’t hide. The facts on their corruption schemes cannot be suppressed forever. The truth is coming out.

Hoffa-Hall lost the majority of the votes cast by Teamsters in the U.S. last fall. They spent millions of dollars in union resources to hide their corruption from Teamster voters until after the election.

Their scheme violated Election Rules and federal law. It tainted the election.

Hoffa will be seen as the illegitimate General President of this union until members are granted a rerun election and a fair and informed vote.