A new report by the Independent Investigations Officer charging three officials of the Ohio Conference has exposed once again that, when it comes to corruption, Hoffa would rather cover-up than clean-up. 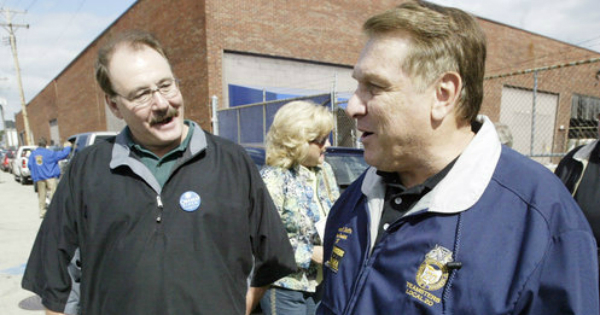 The report notes that the Hoffa administration “abandoned its supervisory powers over the Conference. The Secretary Treasurer (Ken Hall) never caused the Conference to be audited” prior to the IRB charges. The IBT “closed its eyes to how the Conference spent the members money", the Investigations report stated.

Hoffa-Hall spokesman Bret Caldwell admitted that they want to continue the Conference, although the majority of Conference money has gone to benefit the officers and the Conference does almost nothing to benefit members. IBT General Counsel Brad Raymond stated he is “exasperated” at the charges – but apparently not at the embezzlement.

The Hoffa administration tried to sweep it all under a very large rug, by getting Lichtenwald to resign his office. Hoffa-Hall spokesman Caldwell told the Cincinnati Enquirer that the charges are “very disheartening” – instead of welcoming a house-cleaning, Hoffa and Hall want to maintain the Ohio Conference as a cash-cow for favored officials.

Lichtenwald was charged, among other things, with conversion of $62,395 for purchasing a Ford Expedition for his exclusive use, without authorization. In all, the 63-page charge report notes that $1.755 million of union funds were spent without required approval.

Columbus Local 413 President Tony Jones has repeatedly called for the Conference to be abolished. Over a year ago, he sent a letter to Hoffa and Hall addressing the problem. He advocates abolishing it to put the money to work for the members, through the local unions.