A Winning Strategy to Save Pensions

Over the past three years, the Teamster pension protection movement has done a tremendous job: this grassroots movement stopped the Central States from slashing pensions, caused an investigation of the fund, and built political support far and wide. But can we win real pension protection? We think we can. 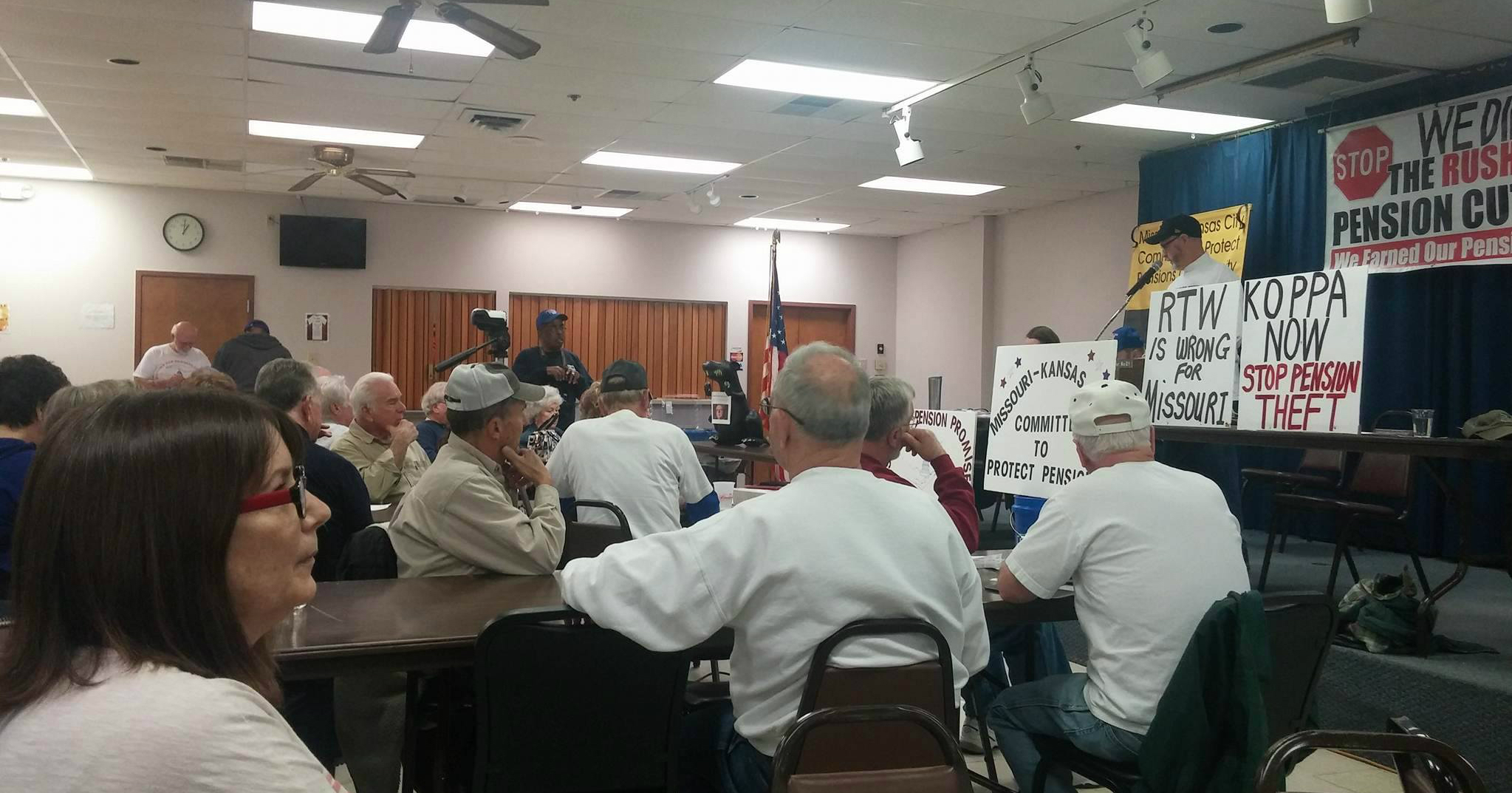 We can win because the pension protection movement is not just about Teamsters. It’s about the nearly two million American retirees currently in serious danger of losing their pensions. It’s about threats to other pensions, and to social security and Medicare. And the threat of a financial crisis if millions of families lose their buying power.

The Bureau of Labor Statistics figures show that the average household income of an American age 75 is $34,097 and the average expenses exceed that, at $34,382. If those figures get worse, we will face a mega crisis: foreclosures, old-age homelessness, and health care costs exploding.

We can win, with allies and with a smart strategy.

It’s important to remember that our fight started when a carload of retired and active Teamsters traveled to Washington in late 2013, to attend a hearing where Tom Nyhan told members of Congress that Central States would go broke within ten years and needed new laws to allow the fund to slash pensions.

Brother Alex Adams, retired from Cleveland Local 407, spoke to the media there.

TDU called meetings in Cleveland-Akron and Milwaukee in early 2014, then encouraged the formation of independent and broad-based efforts that grew into a network of over 60 committees that last year formed the National United Committee to Protect Pensions (NUCPP).

These committees became the backbone for turning out hundreds and then thousands for meetings with Ken Feinberg and the U.S. Treasury reps. Pension activist leaders like Mike Walden from Ohio, Sherman Liimatainen from Minnesota, Bob Amsden and Bernie Anderson from Milwaukee and so many more all across the Central and Southern regions, have made Congress, the IBT and companies like UPS sit up and take notice.

That small carload from northeast Ohio morphed into a movement of thousands that beat back the Central States Fund’s drastic cuts.

The Keep Our Pension Promises Act (KOPPA) pointed the way: provide real PBGC protection for the so-called “orphan” pensions; that is, pension credits owed from companies that ran off-shore, went nonunion or bankrupt. In 2017, other legislation will be considered.

The NUCPP, led by Mike Walden, is in the midst of a range of talks with allies and Congressional representatives and staff, as well as other stakeholders, with the goal of leading to real funding solutions that would protect participants from the attacks we face from the Multiemployer Pension Reform Act (MPRA) of 2014.

The problem is that with the current make-up of Congress and the presidency, a renewed KOPPA or any other proposed legislation may have a tough time finding a majority and passage.

How Can We Win?

First, we need to keep building our movement. Pension Protection Committees need to continue to meet, grow, and organize actions or events. The NUCPP is committed to continue to help network these committees and be the voice for finding a real solution that prioritizes working and retired Teamsters – as well as all others facing pension cuts. These committees are reaching out to active Teamsters and local unions to stand behind the pension fight and make resources available for the fight.

A quarter million current Teamster retirees are threatened with cuts. The Central States Fund has 200,000, but Upstate New York and NY Local 707 are also in this fight, and no one is safe. The New England Fund has no cuts on the horizon, but it’s endangered too.

The June 2016 IBT Convention passed a resolution in support of the pension fight. Nine months later, it’s hard to see what the Hoffa administration has done to implement that resolution. We need Hoffa and the IBT to get fully on board with support for the movement.

We need to reach out to our allies. Every successful grassroots movement wins by broadening support, and winning enough allies to have real power. The Pension Rights Center has helped us build ties with other unions like the Mineworkers and Machinists and other important allies like the AARP.

The AARP is critical in this fight. And they are getting more active—they took an aggressive stand on the recent health care bill to defend Medicare and oppose the threatened cuts to seniors.

The other element of every successful grassroots movement, from the civil rights movement to the fight for a decent minimum wage, is a cause that is just, that fair-minded people will support.

We need to take our cause to the American people: we are not asking for a bailout, we are asking for what we earned and deserve.

First, put the blame where it belongs. Hard working truck drivers and trades workers and teachers who earned and were promised a pension are not the problem. Wall Street and runaway corporations caused the problem.

And averting a pension crisis will help protect our economy for all Americans. We cannot afford another 2008 collapse.

Second, propose real solutions that broadly benefit not just Teamsters but all seniors and all of society.

The Teamster pension protection movement needs to keep on keepin’ on. Keep doing outreach. Keep the pressure on Congress. And—just as important—keep looking for allies to broaden our support.

It may be a tough road in the short run, but all successful movements have a third ingredient: they stick with it, they don’t give up and they don’t back down. Teamsters are known for those qualities. That’s how we can win.