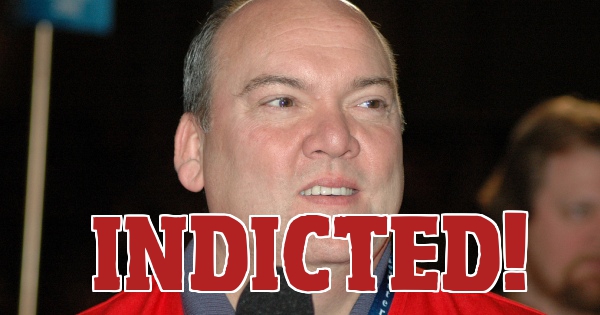 The indictment comes the exact same day that Coli's resignation was officially announced. The cover story, distributed on Joint Council 25 letterhead, is that Coli is resigning to spend more time with his family.

Since Coli has multiple family members on the union payroll, he’ll actually be spending less time with them, especially if he is convicted.

But Chicago Teamsters want change, not more of the same.

Coli has long aspired to be Teamster General President. But that dream was shattered, first by Teamsters United, and now, by the federal indictment.

Coli will leave with plenty of cash.  Coli hauled in $332,024 in Teamster salaries and expenses in 2016, as reported to the Department of Labor on LM-2 financial reports.  If the indictment proves to be accurate, he got another $100,000 in the past year, and there could be more where that came from.

He will take multiple pensions, including the lucrative Family Plan, which covers only International officers and staff.

Coli will hand over Local 727 to his son, John Coli Jr, making it a three-generation Coli family operation.

John Coli will turn the reins of Illinois Joint Council 25 (101,000 members) to his good friend, Becky Strzechowski, who heads Local 700 and got her start working in the office at Local 727.  The Joint Council executive board chose her over Terry Hancock of Local 731.  Like Coli, Strzechowski was defeated as an International VP last November.