August 6, 2013: The ballots are out in the mail, but active Teamsters in the Central Region and some other supplemental areas are saying Vote No. A leaflet distributed by a number of Teamsters says that "a unified rejection of the supplements will better position us to recover our lost vacation week, and possibly all or some of our lost wages." 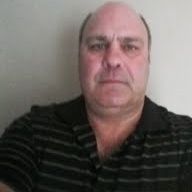 Bret Subsits, a Chicago Local 710 driver, has this message for fellow ABF Teamsters: "Somebody needs to stand up for our rights, and that somebody is you!"

In the Central road and cartage supplements, the IBT made only the most minor change imaginable: allowing Teamsters to split the days in a third week of vacation. If you are lucky enough to even have a third vacation week, after you give one up.

This seems to be the best the Hoffa-Hall leadership can do for freight Teamsters. If you think a change in leadership is needed to rebuild Teamster power in trucking, we invite you to Renew your membership or Join TDU today.

Schedule of Voting: August 6, ballots mailed out. August 14, if you do not have a ballot, contact your local union to get one. August 28, vote count.

The list of the seven supplements rejected is in a bulletin issued by the IBT.