Sandy Pope Speaks Out On The Issues

December 20, 2010: Sandy Pope announced her campaign for General President on Oct. 10. Since then, she’s been taking her message to Teamsters across the country, listening to members concerns and addressing the issues. 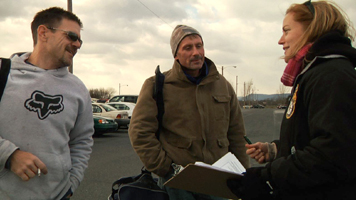 Here are excerpts from what Sandy Pope has had to say at recent campaign meetings about where she stands on issues that matter to working Teamsters.

“Winning strong contracts starts with holding the employers to the contracts they’ve already signed. The grievance panel system isn’t working for members or our union. It’s time for an overhaul.”

“Even my opponents will tell you that I work with everyone in this union. That won’t change because I’m a candidate and it won’t change when I’m General President.

“There is too much political b.s. in this union. To meet the challenges ahead of us, we need all hands on deck.

“If you want to stand up to the employers, then let’s stand together.”

Take On the Nonunion Competition

“The nonunion competition is eating us alive, nationally and at the local level. If we’re going to win good contracts and benefits, we can’t ignore the nonunion companies that are paying cut-rate wages and no benefits. We’ve got to take them on.

“Locals that put together a real organizing plan and dedicated organizing budget will get a rebate on their per capita payments so they can pay for organizing drives. We’re going to take the politics out of this. I don’t care who your local backed, if you’re behind organizing you’re going to get organizing funds to make it happen.”

Stand Up to UPS Management

“Hoffa gave UPS record givebacks in the last contract and has let management walk all over that agreement ever since.

“Production harassment, 9.5 violations, full-time job elimination, subcontracting, you name it. What Brown wants, Brown gets, because to Hoffa, UPS is a dues cash cow—plain and simple.

“UPS is making billions in profits. It’s time for national leadership that will unite our members and our locals and stand up for our contract and our future.”

“Hoffa has given himself a raise every year, while eliminating International organizers and staff that we need to help members and locals stand up to employers.

“Teamster officers work hard and should be paid well for what they do. But last year, Hoffa paid himself more than $350,000. That’s an insult to Teamster members who are taking it on the chin. I’ll cut my salary and lead by example.”

No Blank Checks to Politicians

“We’ve got to stop writing blank checks to politicians who forget all about us.

“Instead of handing money over to politicians, we should use our political action funds to organize rallies, marches, phone banks and membership action that puts the heat on politicians.”

Bring Our Union Into 21st Century

“We need to put new technology to work for Teamster members.

“Teamsters who want to enforce our contract rights should have access to an online database of arbitration and grievance panel decisions. 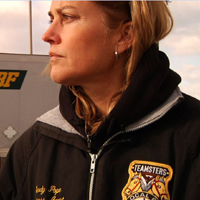 “I started out as a freight Teamster when Teamster power meant something. Rebuilding that power starts with restoring our backbone.

“We need to rebuild the NMFA, build Teamster identity and power at UPS Freight, and give the nonunion competition a reason to join our union.” 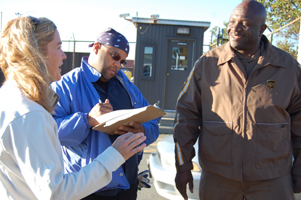 “There is one candidate in this race who has reversed Teamster pension cuts—and that’s me.

“When the president of my local sided with employers and cut members’ accrual to zero, I teamed up with other members, ran for office and won. We filed a lawsuit against the employer trustees and increased members’ pension accrual.

“Like everyone, the Local 805 pension fund took major losses in the stock market crash. We’ve put together an action plan that is taking us, over time, to full funding. We’ve negotiated record increases in pension contributions.

“In this economy, Teamsters don’t expect pension miracles. They want—and deserve—a plan to rebuild our funds and protect our retirement security.”