Senator Sherrod Brown (D-OH) held a press conference at Local 377 in Youngstown, Ohio to announce he and Congressman Tim Ryan (D-OH) will introduce a bill that would create an office inside the U.S. Treasury called the Pension Rehabilitation Administration. The bill, if passed, would provide loans to pension funds in critical or declining status to guarantee payments of promised pension benefits. Monies would be raised by U.S. Treasury issuing bonds that would be purchased by private investors. 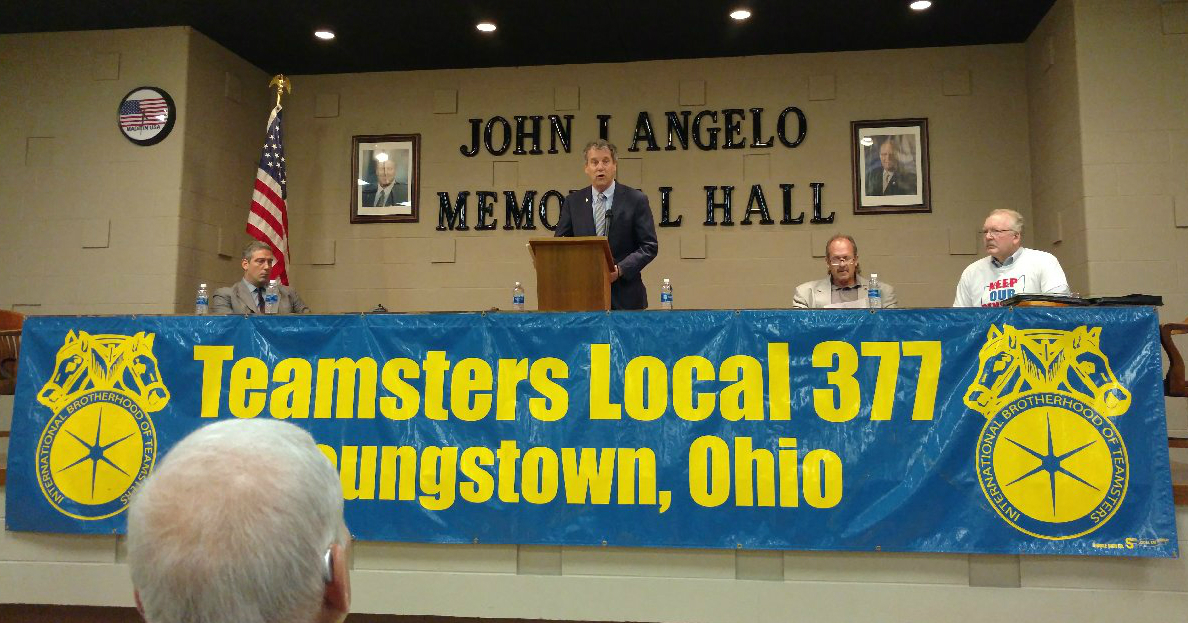 “It’s bad enough that Wall Street squandered workers’ money – and it’s worse that the government that’s supposed to look out for these folks is trying to break the promise made to these workers. Not on our watch. We won’t allow that to happen,” Brown said.

Brown said the plan was to attach the “Butch Lewis” Act to the larger spending bill slated for a vote later this fall. Butch Lewis, the former President of Teamster Local 100 and a leader of the fight to save Teamster pensions, passed in December 2015.

Teamster pension activists attended the Local 377 meeting and plan to organize a larger turnout when the bill will be submitted in Washington on Thursday, November 9. The National United Committee to Protect Pensions (NUCPP) plans a bus trip from northeast Ohio and many other pension committees are sending delegations by car and plane. These activists plan to lobby for support for the bill both in Washington and in their home districts.