UPS Teamsters in the Southwest thought they saved their health benefits by voting no. But they got stuck with an inferior health plan—and pension cuts too. 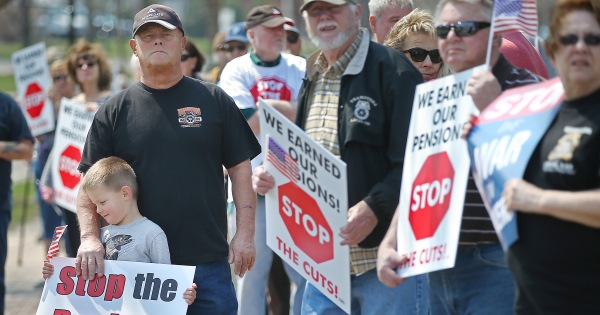 When Hoffa-Hall and UPS cut a deal to move members into Teamcare, members from Southern California to Arizona voted no to protect their health benefits.

To save face and push the contract through, Hoffa-Hall and Western Region UPS Director Andy Marshall created a new Western Region & Local 177 Health Plan to replace Teamcare in the Southwest and Northern New Jersey.

Now thousands of UPS Teamsters find themselves stuck in an inferior health plan—and UPSers in the Southwest are stuck with lower pensions, too. 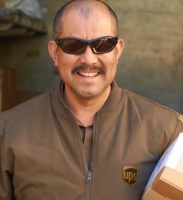 “Being moved into the new health plan will cost me $125,000 in reduced pension when I retire,” said Hugo Leal, a package car driver in Los Angeles Local 396. “That’s not what I had in mind when I voted no.”

For the first three years of the contract, UPS is putting $1.25 less per hour toward members’ pension in the Southwest and Local 177 than what was originally negotiated.

That money, which was supposed to go to fund members’ pensions, was diverted to the new substandard health plan instead.

The result in the West is lower pensions when members retire.

Teamsters in SoCal and the Southwest are the only UPSers in the West taking this pension hit. Everyone else in the West got higher pension contributions without any cuts to their healthcare.

The Western Region & Local 177 health plan costs more than the original Teamcare benefits that members rejected in the first vote.

But Hoffa and Hall didn’t negotiate one new dime from UPS in the second contract offer to pay for the more expensive plan. The money had to come from somewhere and it’s coming from members’ pension contributions.

Under the contract, UPS has to pay $1 per hour more each year into our benefits. This money was supposed to be split 50-50 between healthcare and pension.

But in the first three years of the contract, $2.75 went to pay for the inferior new health plan and just 25 cents went to fund members’ pensions.

Even that didn’t protect members from reductions in their healthcare.

“We went from a 90/10 plan to an 80/20 plan with worse prescription benefits. Some members have gotten caught with no health coverage at all under the one-punch rule—and now we have pension cuts on top of that,” said Edgar Esquivel, a part-timer in Orange County Local 952.

“Hoffa-Hall sold us out so we’re organizing to vote them out,” Esquivel said.

That’s the steep price members are paying for the new health plan.