Over the past three years, Teamsters and their families built a grassroots campaign for pension justice. We organized in large numbers, we showed the country that Teamsters were facing an unfair deal, and we beat back proposed cuts to the Central States Pension Fund. 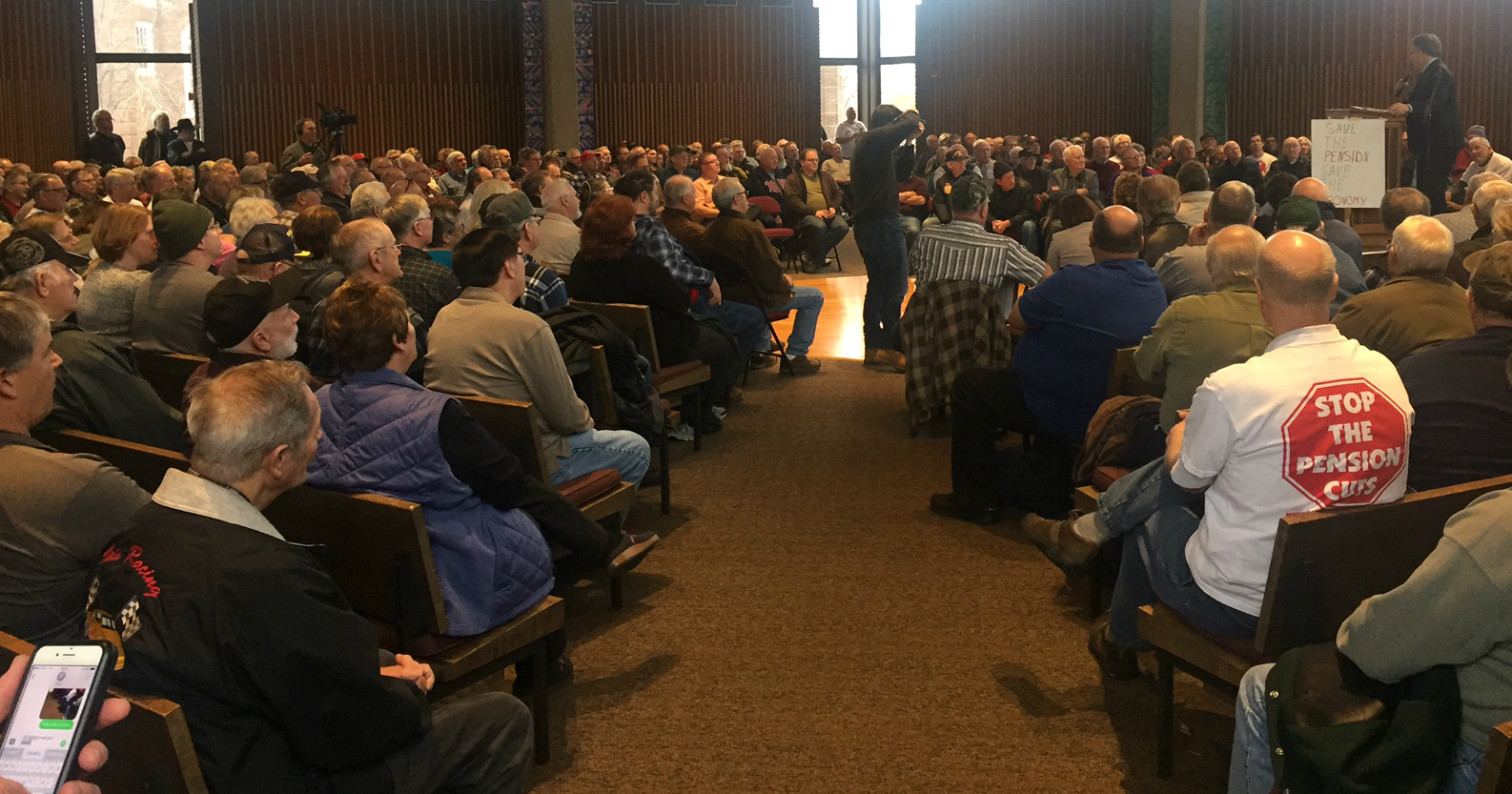 But the work is not done. We have to continue to mobilize to fight for the retirement security we earned, and we face new challenges and fights.

In upstate New York, the New York State Teamsters Pension Fund has submitted a proposal to the U.S. Treasury to cut retiree pensions by 31% and impose a 20% cut on current active Teamsters. Members and retirees have flooded Treasury with comments asking that the proposed cuts be denied. Meetings have been held in Albany, Syracuse and Buffalo to organize a coordinated response to the cuts. An independent pension committee, Teamsters Alliance for Pension Protection (TAPP), has been established to raise money for an independent forensic investigation of the Fund. Hundreds of active and retired New York Teamsters have contributed to the effort. TAPP activists have begun meeting with elected representatives.

“We’ve learned a lot from how Teamsters organized to fight proposed cuts in the Central States, said Mark Greene, a UPS feeder driver and leader of the grassroots campaign. “We feel our effort to look at the New York State Fund could prove to be the proverbial ‘canary in the coal mine’ and point the way to further investigations of other so-called troubled Funds.”

Since winning a victory in May, when the US Treasury denied the Central States Pension Fund’s application for cuts, over 60 pension protection committees have continued to build opposition to further attacks to their benefits. Many of these committees have come together to form the National United Committee to Protect Pensions (NUCPP) as a common voice to address the issues.

“We want to have a voice and a seat at the table any time Congress rolls out proposals or legislation addressing the pension issue,” said retired Roadway Teamster and NUCPP Chair Mike Walden. “We’ve done a lot of the hard work making our concerns heard both in Washington and back home. We’ve come together to create our own organization–a non-profit–that can help us focus our efforts going forward. The potential pension cuts we face as Teamsters are just the beginning for what other unionists will see. We want to help set the lead for building a broader movement for retirement security.”

The Pension Rights Center (PRC) is a key ally, along with other unions including the Machinists and organizations like the AARP, in waging the war to defend our pensions. “We are working in a broad coalition to address the pension crisis,” said Karen Friedman, Executive Vice President of the PRC. “We are talking to all stakeholders—companies, unions, the Funds and especially the retirees—about finding realistic and fair solutions. We hope that we can move toward a comprehensive solution next
year.”

Continuing to put pressure on Congress is key to any defense of our promised pensions. Letter campaigns need to continue and visits to local Congressional offices are a must. But holding local meetings and mobilizing for visible actions, where we show our numbers, is essential for building the campaign.

“We just held a meeting of nearly 400 in St. Paul. Both U.S. Senators from Minnesota spoke, as well as Rick Nolan, a key ally in the House,” reports Jeff Brooks, a retired Teamster from Minnesota Local 120. “We need to continue to organize outreach and actions. Fund officials and lobbyists have access to Capitol Hill. We will need to continue to make noise and demand a seat at the table to be sure those of us counting on our pensions are truly heard. We need to grow this fight.”

Meetings are planned in Milwaukee and Kansas City for December and January. And there will be more gatherings in Ohio, North Carolina, Tennessee, and beyond. These events help foster further organizing and planning. Going into 2017, pension committees must reach out to active members and local officers.

In the Central and Southern Region, all six regional International VPs were defeated, including pension-cut supporters like Tyson Johnson and John Coli. Teamsters United’s six VPs-elect can help by being voices for pension justice.

In June, the IBT Convention passed a resolution unanimously in support for the fight to defend our pensions. We need to help make that sentiment a real force in our union. We need to press for reports at monthly local union meetings to make sure the pension issue remains front and center on the Teamster agenda.

All of this takes continued commitment and coordination. To help build the campaign or learn more about what you can do, to join the fight to save our pensions.