September 19, 2008: Teamster pressmen at the Minneapolis Star Tribune have voted down concessions for a second time this year, voiding concessions for two other Teamster locals at the newspaper.

As Convoy goes to press on Sept. 18, the Star Tribune has laid off 19 pressmen and seven other employees, even though Minnesota’s largest newspaper remains highly profitable.

When union members rejected the concessions, they knew that some layoffs were a distinct possibility.

On Sept. 10, pressmen in GCC Local 1-M voted down a proposed contract that would have cut wages by 16 percent over the life of the deal and forced major takebacks.

“The company is asking us to slash our own throats to save their profits,” said Kevin Bialon, a union negotiator who has been a pressman for 27 years in an interview in early September. “In return, they were giving us empty promises about a possible future. There were no guarantees that there wouldn’t be future cuts.”

Concessions Voided for Other Teamsters

There are two other Teamster locals at the Star Tribune—the drivers in Local 638 and the mailers in Local 120. Members in those two locals voted by wide margins to approve major concessions in July, but significant opposition developed and many members signed petitions and sought a revote.

Local 638 and 120 officials then notified the Star Tribune that a concession plan that members had approved earlier was “null and void” because the Teamster pressmen voted down the giveback plan.

The concessionary packages included 10 percent wage cuts, elimination of previously negotiated wage increases, and major givebacks in other aspects of the contract.

The Star Tribune is owned by Avista, a private equity firm, which bought it two years ago. Avista has had trouble meeting its debt payments and demanded that unions at the newspaper reopen their existing contracts.

There have been hints that the company might seek bankruptcy, but Avista has denied rumors publicly. Avista couldn’t get the sacrifice they wanted through concessions. So now they’ve turned to laying off pressmen.

Members at the Star Tribune have shown that they are willing to find a solution that protects Teamster jobs and helps the company solve its problems.

Bargaining committees for all the unions at the newspaper had agreed to work with the company to come up with acceptable deals. It appears Avista has become overly greedy.

September 19, 2008: As we go to press in mid-September, over 200 Teamsters in Milwaukee are in their fourth week of a strike at Waste Management. A major issue is WM’s move to bust out of the Teamster Central States Pension Plan and replace it with a 401(k) plan which would be far inferior.

The Teamsters have been solid on the picket line, and management’s scab labor force has not been able to handle all the trash piling up.

Management has issued publicity about the UPS pullout from Central States, which was agreed to by the International Union. They’ve also refused to bargain fairly; unfair labor practice charges have been filed.

The pension issue has broader implications, because WM is the largest waste haul corporation and has 13 contracts in other areas in the Central States Fund.

All Teamsters should support the strikers, including using an extension of picket lines if it becomes necessary against this corporate giant.

September 19, 2008: When Consolidated Freightways closed its doors in 2002, the company owed over $400 million in withdrawal liability to Teamster pension funds. CF’s nonunion parent company Conway never paid a dime of that money.

Now Conway has filed a federal lawsuit against the Central States Pension Fund demanding a judgment that it does not owe Central States—or any Teamster fund—any withdrawal liability.

They claim that since Conway spun off CF long before CF went bankrupt, they have no liability. The Central States Fund says that Conway owes $319 million.

September 19, 2008: The new UPS Pension Fund covering 44,000 Teamsters in the Central States not only offers the lowest benefits; it also has no reciprocal agreements with Teamster pension plans around the country.

That means that UPSers in the Midwest, Southeast and Southwest who have substantial years worked under other pension plans will face stiff pension reductions when they retire.

But the new UPS Pension Plan has no such agreements. That may not be a problem right now because no one has substantial time in the new UPS Pension Fund yet. But going forward, Teamsters who accumulate less than a full pension in the UPS Plan will suffer big pension reductions even if they have 25, 30 or even 35 years of time served in the Teamsters.

Didn’t our negotiators see this coming? It’s a problem that needs to be fixed before working Teamsters suffer irreparable pension losses.

September 19, 2008: The Central States Pension Fund lost $3.1 billion during the first six months of this year, which is half as much as the $6.1 billion that the fund received in December from UPS as a pay-out to leave the fund.

The fund lost $2.1 billion on its investments in the first half of 2008, or eight percent of its assets. At the same time, the fund suffered a $287 million loss of income, compared to the first half of last year, because UPS is no longer contributing to the fund.

The investment losses during the first half of 2008 came as stocks dropped dramatically. Central States fared worse than most other pension funds due to its aggressive investment strategy: their Quarterly Report provides a comparison to the average of other large funds.

When the Hoffa administration gave UPS management a huge concession in the form of the pensions of 44,000 full-time UPSers, they told Teamsters that the deal would work out well for the Central States Fund, because of the $6 billion received from UPS.

Six months later, that claim does not hold up, especially since CSPF has lost $600 million per year in contribution income that UPS would have had to pay in. And that income figure would grow each year, as employer contributions go up as required by the contract.

Central States’ assets stood at $23.7 billion as of June 30, so there is still plenty of money to sustain benefits and recover, as long as the union leadership is committed to make it happen.

You can obtain a copy of the Quarterly Report of the Independent Special Counsel, and the Quarterly Financial and Analytical Information at www.tdu.org.

TDU members won an order in federal court that requires the Central States Fund to provide us with this information. Previously, they kept it secret from members.

Local 726 Members Fight For Their Future

A large group of Teamsters attended a recent meeting hosted by the Fighting for the Future slate in Local 726. Many work for the City of Chicago and responded to recent headlines that threatened major layoffs. 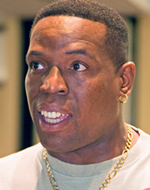 The meeting discussed how an active membership could address the issues.

Vince Tenuto, a leader of Fighting for the Future, outlined plans to continue to inform and educate members on developments in Local 726.

He reported on continued efforts to challenge the results of the 2007 local election. A suit has been filed in federal court, and the U.S. labor department is conducting initial interviews regarding complaints lodged against Local 726 and other issues.

Members want change in our local. Fighting for the Future has consistently addressed the issues facing working Teamsters. We’re committed to make real changes in Local 726 and the membership knows we mean it.

Letters from Our Members

After A Fair Vote, A Strong Contract?

I want to thank TDU for all the effort that went into ensuring that every ballot in the carhaul contract vote was accurately counted.

The Western Supplement and the Master Contract were overwhelmingly voted down by Teamsters here in the Bay Area.

We’ve been guaranteed a fair vote—now we need to get to work to make sure we get a strong contract.
Kenneth Kontrath
Local 287, PMT
Milpitas, Calif.

Time to Take a Hard Look

Central States has lost $3 billion of the $6.1 billion they got from UPS.

I’d really like to know what happened to all that money.

It was Hoffa’s plan to turn over our pensions and if it’s on anyone’s shoulders, it’s his. I know that my local didn’t vote for this contract, and I’m proud of that.

It’s time to take a hard look at what we’ve done to our contract and our union power.

Now that I’m retired, I’m wondering what’ll happen to me. It doesn’t look good down the road, and I hope that we, the members, can do something about it.
Prentiss Hood
Local 270, UPS, retired
Lafayette, La.

The Independent Election Supervisor has issued the official Election Rules that will govern all aspects of the process, including the upcoming petition drive to accredit IBT candidates.