Teamsters United volunteers are organizing in their locals and gearing up for the Teamster Convention in June where Fred Zuckerman and Teamsters United candidates will be nominated to run against the Hoffa-Hall slate this fall. 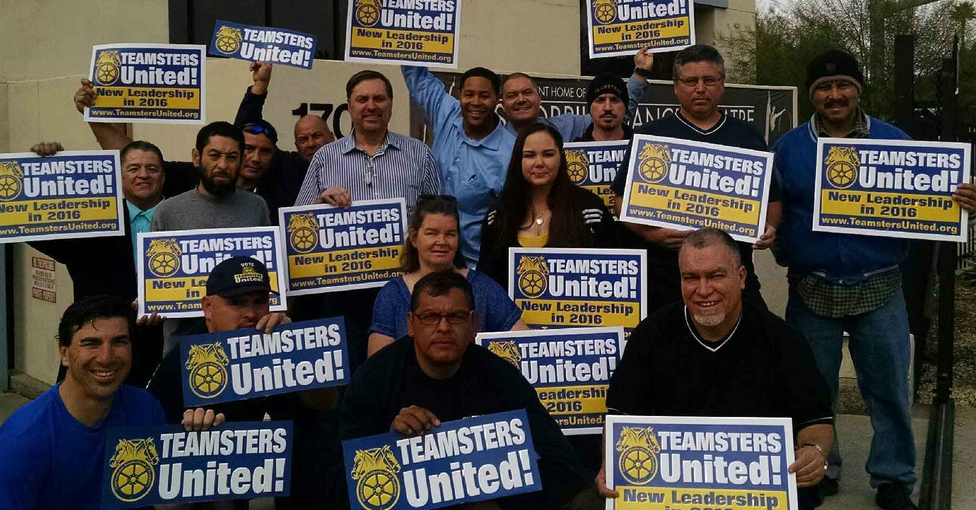 Regional candidates—for positions like Western or Central Region Vice President—need to meet that bar in their region. The Hoffa Campaign’s secondary goal is to block Teamsters United regional candidates from getting on the ballot.

Most local officers are running as Hoffa delegates—but they are facing an increasing number of contested elections from Teamsters United supporters.

Teamsters United supporters won five delegate positions in Los Angeles when the Local 630 members Slate took the lion's share in the 6,600 member local. The Hoffa Slate won two delegates. Local 630 has been considered a "Hoffa local" but not anymore. The Hoffa administration' and Joint Council 42 leaders rammed through concessionary grocery distribution contracts and have failed to protect workers' jobs in the industry.

Other members have used their delegate races to lay the groundwork for victory in the fall. Past election results show that opposition candidates do well in the fall in locals where they have contested the delegate elections. “Our local officers went unchallenged in delegate elections for 25 years.

Not this time,” said Local 745 member Mario Leyva. “We won 42 percent of the vote and we woke up a lot of Teamsters. Our main goal is to beat Hoffa. In October, when the ballot says Hoffa versus Zuckerman, we are going to carry the vote from Dallas to El Paso for Teamsters United. We lost this battle, but we will win the war.”

What’s At Stake at the Teamster Convention?

Teamster Democracy: Hoffa-Hall want to prevent an election by blocking Teamsters United candidates from securing enough delegate support to get on the ballot.

Majority Rule to Vote on Contracts: Hoffa-Hall changed the Constitution and imposed concessionary contracts that had been rejected by the members. Convention Delegates can vote on Constitutional changes.