Teamster volunteers are headed to Puerto Rico to transport humanitarian aid to hurricane survivors. While we’re building solidarity, anti-union websites are spreading the lie that Puerto Rican Teamsters are on strike and slowing down relief efforts. #FakeNews 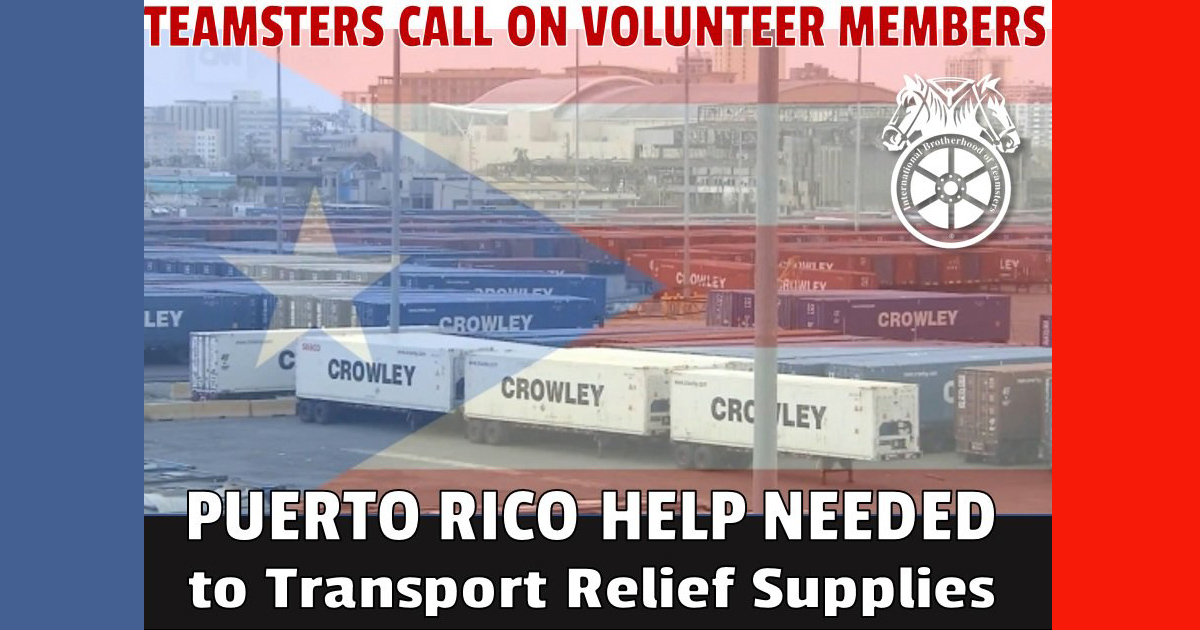 Volunteer truck drivers from the Teamsters and AFL-CIO unions are arriving in Puerto Rico to help deliver hurricane relief supplies that have piled up in the port of San Juan.

Relief workers have had a hard time distributing the aid because of a shortage of diesel fuel, blocked roadways and a shortage of truck drivers.

Many of Puerto Rico's truck drivers have also not been able to get to work because of the havoc Hurricane Maria wrought on the island.

Teamsters and other union members are stepping up from across the country. 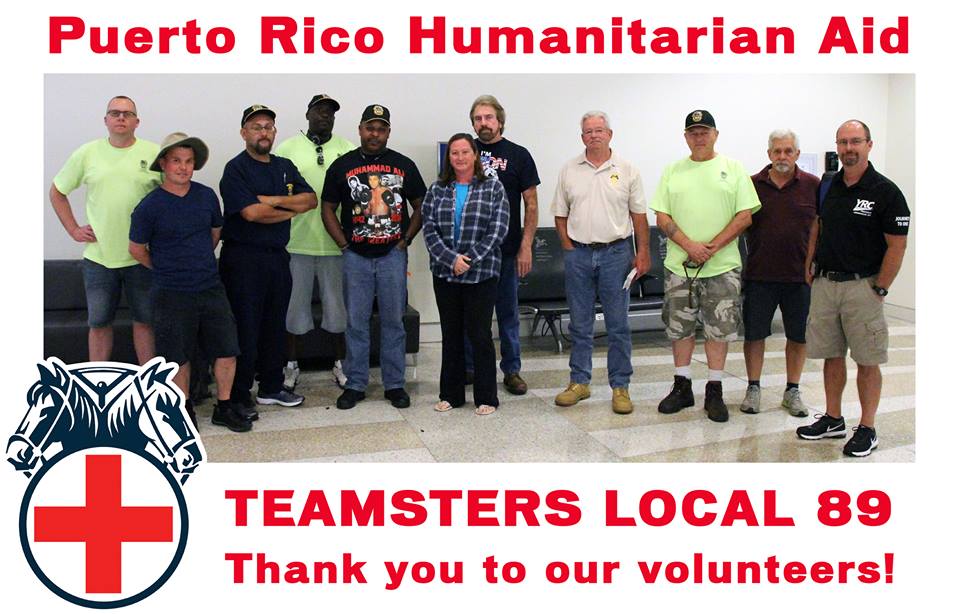 A dozen Teamster drivers from Louisville are bound for San Juan today, including Local 89 President and Teamsters United leader Fred Zuckerman, who still has his CDL. 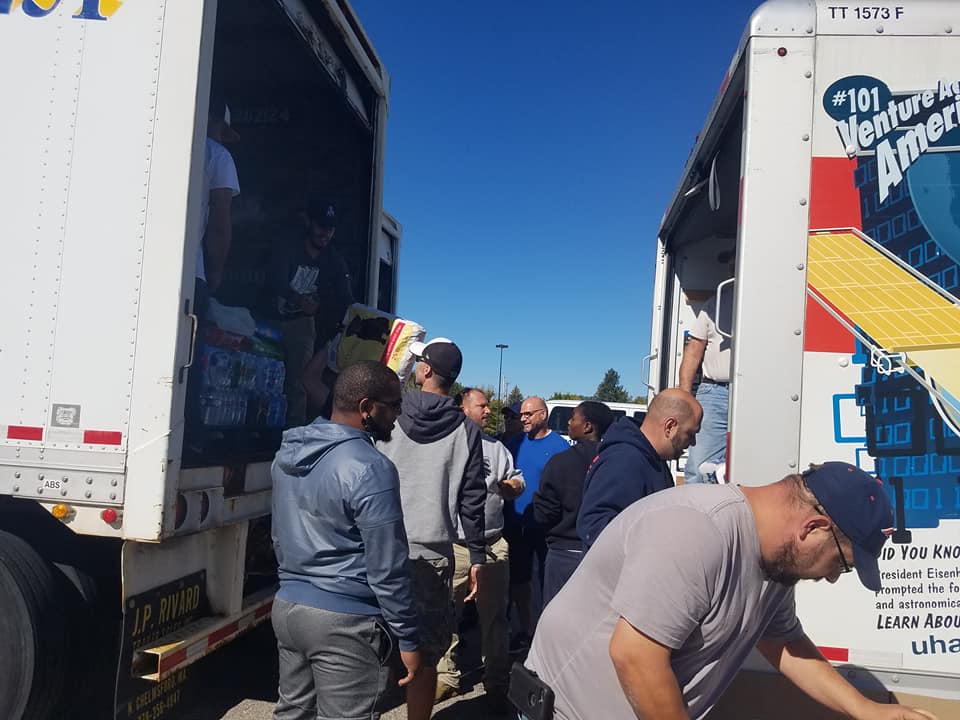 Fresh off a hurricane relief mission to Houston, Teamsters Local 251 in Rhode Island will be trucking relief supplies to Florida for delivery to Puerto Rico.

A slew of anti-labor blogs have spread a fake news story that Teamster members in Puerto Rico have gone on strike and are undermining hurricane relief efforts to score political points against the Governor.

The story is phony from top to bottom and has been totally debunked by fact-checking outlets. 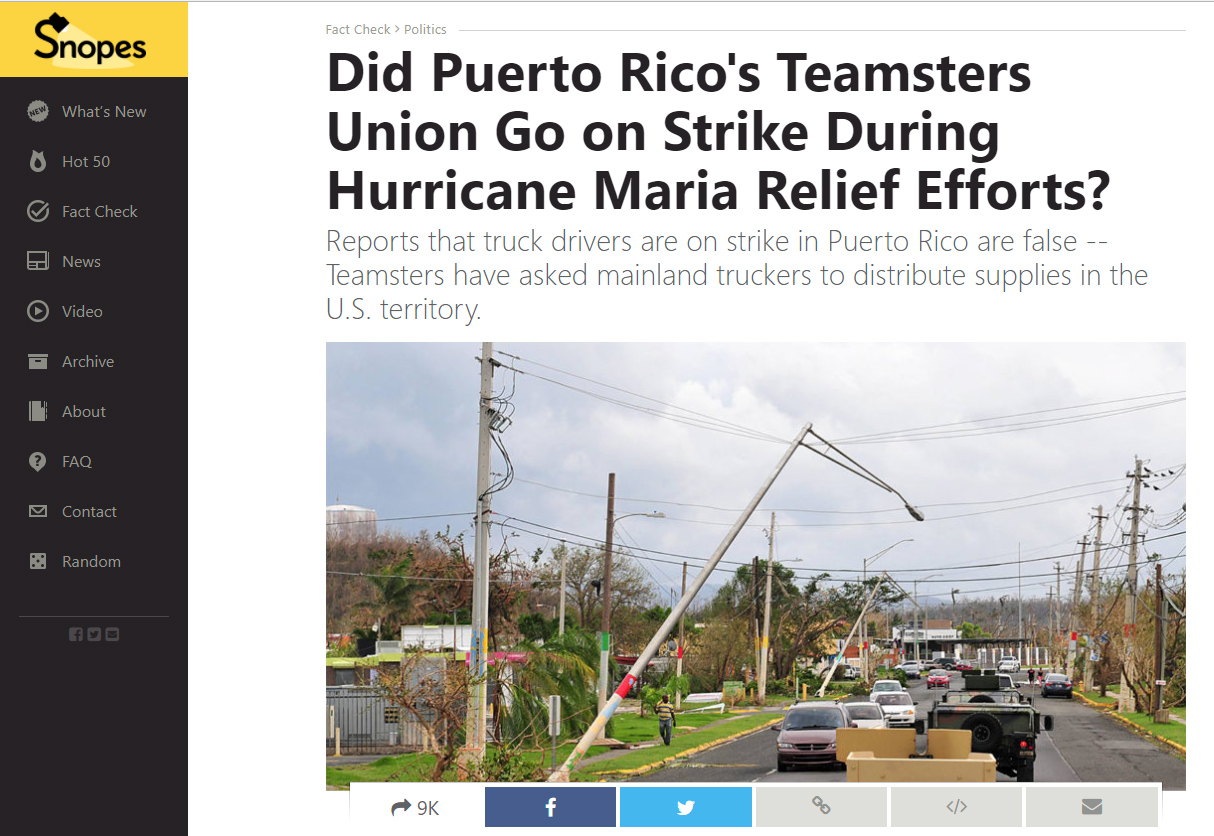 Reports that truck drivers in Puerto Rico are on strike are false. Teamster Local 901 members have been trucking supplies from the port in San Juan every day.

Now, they’re being joined by their union brothers and sisters.

Contribute to the relief effort with a donation to the Teamsters Disaster Relief Fund.