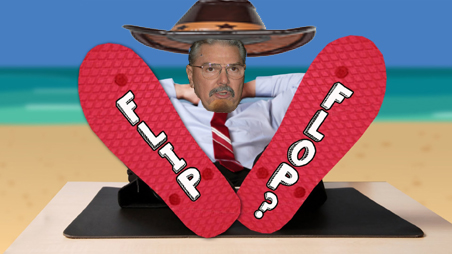 There’s just one problem: Johnson supported the pension cut plan. In fact, he instructed every local official to back the pension cuts at a meeting of local unions on April 8, 2015.

Johnson’s own Dallas Local 745 followed up by holding a series of meetings telling members to support the cuts.

After TDU and the pension movement organized thousands of retirees to protest the cuts and the Treasury Department rejected the cuts, flip-flopper Johnson issued a letter taking all the credit for himself and Hoffa and attacking those who did the heavy-lifting.

But the Treasury Department tells a different story. Kenneth Feinberg, the man charged with making the decision, congratulated “retirees for reaching out to us and making sure that their voices were heard.”

Feinberg didn’t mention Johnson or any other Hoffa administration flip-floppers who backed the Central States pension cuts until they didn’t.

The fight to save Teamster pensions continues. Johnson’s support of the cause would be welcome; his press releases, not so much.