The Hoffa-Hall vote is way down in the East compared to the last election, when Hoffa took 62.3% of the Eastern Region vote. The remaining Eastern votes are being counted now. What do the voting trends tell us so far? 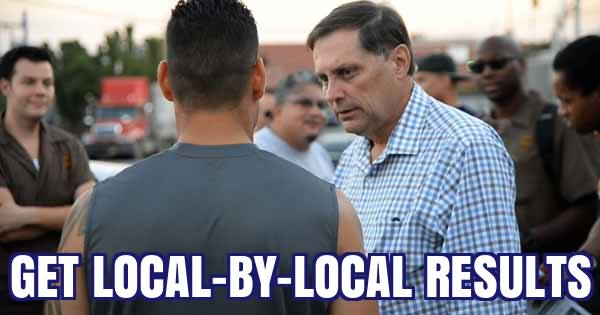 Teamsters United has been buoyed by a several trends.

Teamsters at UPS, carhaul and in freight and UPS freight who Voted No against contract givebacks are voting for Teamsters United in the East.

Just check out the results from carhaulers in Buffalo Local 449; drivers and dock workers in Harrisburg Local 776 (a major freight local); and UPSers in New Jersey, Pennsylvania, Virginia, the Carolinas and upstate New York.

Teamsters United candidates have carried their locals handily, including Willie Ford in Local 71, Matt Taibi in Local 251, Randy Shepler in Local 30, Bob Randall in Local 559, and Tim Sylvester and Dave Loobie in Local 804. Teamsters United has carried these locals with a whopping 81% of the vote.

Teamsters across the Carolinas and Pennsylvania are going for Teamsters United and Fred Zuckerman will win these states.

This includes public sector locals like Local 237 and the still-to-be-counted Local 831 in New York City where a total of 30,000 members are spread out over hundreds of locations.

The locals in the South will be counted next.