The Teamsters United team has shown in action that they are committed to making the changes our union needs. 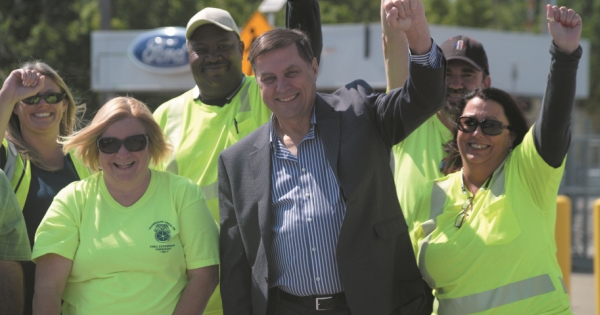 For 40 years, Teamsters for a Democratic Union (TDU) has been the network of Teamsters working together to make our union strong and democratic. We’ve had victories and defeats, we’ve continued to grow, and we work to bring out the best in the Teamsters Union.

We believe our union is at a crossroads after 17 years of the Hoffa administration. Look at the Hoffa record.

But opposing Hoffa is not enough to earn the endorsement of TDU. We are all about a positive program for building Teamster Power.

Why We Back Teamsters United

Teamsters United is led by Fred Zuckerman, who has never been a TDU member, but is a leader who has earned our respect with his stands and his actions in support of Teamster members. Teamsters United is also a diverse team of experienced national leaders, local leaders and new leaders, from all sectors of our union and representing various views.

The Teamsters United team has shown in action that they are committed to these changes.