The Central States Pension Fund Financial Report (4th Quarter 2016) shows that the fund ended 2016 with $15.3 billion in assets, down from $16.1 billion a year earlier. Due to healthy returns on bonds and in the stock market, this was not as bad as 2015 but still shows the fund headed steadily downward. 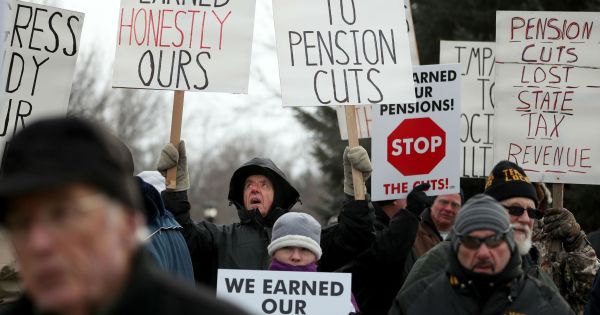 It is high time for the fund to not only cooperate, but put on a full-court press to find a legislative solution to the pension crisis.

The Hoffa administration has done almost nothing to help, and the crisis is spreading to member Teamsters. As the report makes clear, the IBT has even sided with Kroger Corp. against the Fund to try to pull 7,000 more members out of fund.

The Financial Report of the Health and Welfare Fund continues to show a completely different picture. The H&W Fund (TeamCare) continues to grow in assets, and has enormous reserves of $5.0 billion, up nearly a billion dollars over a year ago.

The Central States Financial Reports are available to members and retirees only because TDU won a victory in federal court which ended a financial cover-up by the fund.