Passing the PRO Act would be a game-changer to help us rebuild the US Labor movement and organize across key Teamster industries. Join this online workshop to learn the ins and outs of the PRO Act, how it would impact our union, and what you can do about it. 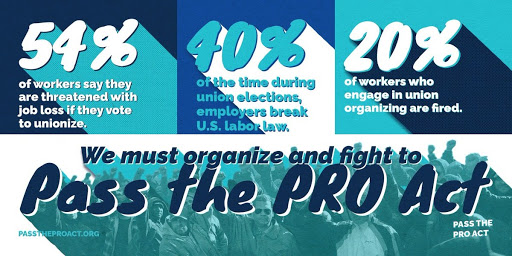 This workshop will be held via Zoom on Saturday, June 12th at noon Eastern, 11am Central, 10am Mountain, 9am Pacific. Registration for this workshop is now closed.

Working Teamsters understand the importance of organizing key industries in our union in order to grow our union in the 21st Century.