The disgraced International VP Rome Aloise served up a self-aggrandizing pity party in a farewell message before his lifetime ban from the Teamsters takes effect on January 31. 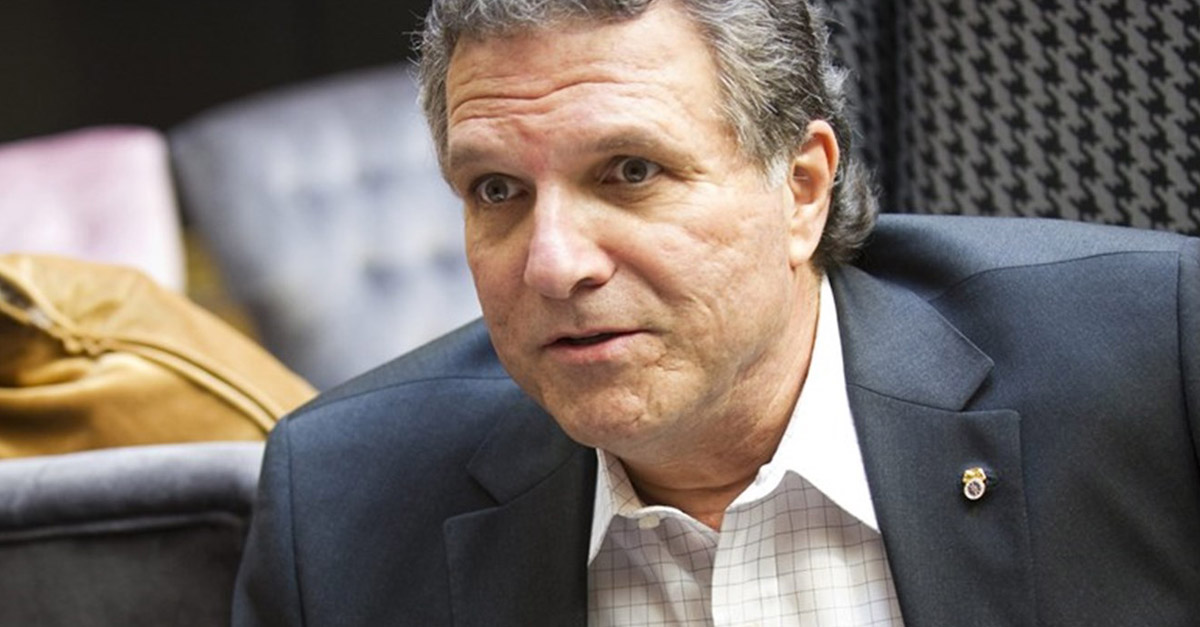 The shameless Aloise whines that he is leaving with a “heavy heart”—“a heart that has no place to go.” He is also leaving with a heavy wallet, lined with members’ dues: a fact that he forgets to mention.

Aloise will walk away with a severance payout of more than $1 million from the IBT’s Family Plan. This is on top of the multiple pensions he will collect and the multiple salaries of more than $400,000 he has been paying himself for years.

Aloise’s corruption is well documented and proven.  He got away with it for years, but his ego finally caught up with him.

Aloise blames everyone but himself for his ban and raves about a plot between anti-corruption officers and TDU. He conveniently forgets that Judge Barbara Jones, the independent review officer who banned Aloise, was appointed by none other than James P. Hoffa. Try squaring that circle.

No More ‘Help’ from Rome

For Rome, the worst thing of all is that his ban “deprives you and the members of all the information, contacts, experience, and knowledge that I have accumulated, I can’t help any longer.”

Forgive the members who were on the receiving end of Rome’s “help” through the years for saying good riddance.

Take the Local 439 Teamsters at Safeway who were told by Aloise he would not support their strike against Summit Logistics because their local union principal officer was running on a slate against Hoffa.

Or take the Southern Wine & Spirits Teamsters in Minnesota where Aloise intervened in bargaining, imposed a substandard contract, and walked away with tickets to the Playboy Party at the Super Bowl.

Compare Aloise’s self-praising farewell to the emails that he, corporate executives and Hoffa’s chief of staff exchanged behind the scenes during the SWS concessions-payoffs scheme and decide for yourself which one reveals the true Rome and his legacy.

There is one line in Aloise’s letter which is useful guidance for Teamsters. Aloise tells Teamsters to, “Lose my phone number and my contact information. Make NO attempt to contact me.”  That’s sound advice. You can bet we will follow it.

Not everyone is turning the page on Rome. His former attorney and handpicked successor to lead Northern California Joint Council 7 Jason Rabinowitz published a love-letter to Aloise on Facebook, calling him “a great man, great friend, and great labor labor leader.”

To Rabinowitz, taking payoffs, signing sham Teamster contracts, using his union power to get jobs for relatives, and rigging local elections can be dismissed with the phrase, “Like the rest of us humans, Rome is imperfect and has made his mistakes.”

Real Teamsters know it’s not that easy. Corruption undermines union power. It opens the door to concessions and employer payoffs. It alienates members and the public. Scandals are used against our union in organizing drives.

We have a new IBT leadership and a new opportunity to change our union’s culture. It starts with accountability.

Thankfully, Rome Aloise’s chapter is over. What happens next is up to all of us.