February 8, 2012: Teamsters are voting nearly unanimously in locals across the country to authorize a possible strike against Hostess Brands, which is threatening to use bankruptcy court to force horrible concessions on some 7,000 Teamsters.

Hostess, which makes and distributes Wonder Bread, Twinkies, Dolly Madison and other labels, filed for Chapter 11 bankruptcy on January 11, and simultaneously asked the bankruptcy court in New York to tear up Teamster contracts and impose cuts in health care, pensions, wages, and jobs.

The Teamsters and other unions are seeking a solution which puts the company on dry ground based upon sacrifice from all parties, including the banks, and not just workers. The company claims to be interested also in reaching a negotiated solution.

Hostess already unilaterally broke one part of the contract last August when they stopped paying into all the various Teamster pension plans, thus ending the participation of thousands of Teamsters in the Central States, New England, Western Conference, and other pension plans. Despite this action, the union and company have been meeting for months trying to reach agreement and will continue to do so.

The IBT Bakery Conference, in taking a strike vote, informed members that a strike would be the very last resort, to be used only if the company rejects the bargaining process altogether, or gets a judge to tear up the contract. A strike could mean that the company would cease operations; in that event, hopefully other companies would acquire and operate pieces of Hostess. Some Hostess operations are profitable.

Hostess already used bankruptcy once before to extract concessions from Teamsters and the Bakery and Confectionery Union (BCTWGMU), which together represent most Hostess workers. During the 2004-2009 bankruptcy, Teamsters twice agreed to concessions. The current contract was negotiated while the company was in that prior bankruptcy. This go-around, they filed in New York, where the court is considered most favorable to using bankruptcy to undermine union contracts.

The Bakery Conference has provided materials to local unions on the situation, which are available here. 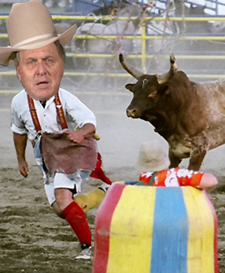 The International Brotherhood of Teamsters, which together with the Bakery, Confectionery, Tobacco Workers, and Grain Millers represent 90 percent of IBC's union-represented workers, issued a statement Feb. 3 praising the unions' role in enabling IBC to operate on its own as a private company.

“Today is a great day for the 23,000 employees of Interstate Brands Corp. [a subsidiary of Interstate Bakeries]. The Teamsters Union fought hard to save good-paying jobs at the company. I am proud of the battle we waged for 41/2 years to see this company survive,” Richard Volpe, director of the Teamsters Bakery and Laundry Conference, said in the statement.

A federal bankruptcy court Dec. 5 affirmed that the company had met all the statutory requirements for its proposed reorganization plan after BCTW locals voted Dec. 4 in favor of the modification agreement covering about 7,000 IBC employees (239 DLR A-10, 12/12/08). The agreement is similar to the agreement approved in November by IBT members (220 DLR A-10, 11/14/08) to reduce wages and benefits when IBC exits bankruptcy.

Modification of the collective bargaining agreements are a condition of the plan funding commitments.

Acknowledging the importance of the unions' concessions, Craig Jung, IBC chief executive officer, said in the statement, “I want to thank IBC's employees for the sacrifices they have made and our union leaders for their commitment to our company and saving jobs. Their actions made possible the financing required to execute a business plan that will build competitive advantage and secure our company's future.”

“The cooperation between the company and unions involved in this bankruptcy was absolutely necessary to keep this company afloat,” BCTW President Frank Hurt told BNA in December. “We hope that coming out of bankruptcy the company will be successful and profitable far into the future.”

In August, the Teamsters brokered a deal between the investment firm Ripplewood Holdings and IBC's creditors to shield the bankrupt company from liquidation (166 DLR A-5, 8/27/08). Ripplewood will take a 50 percent equity stake in the reorganized company.

Before bankruptcy, IBC operated 53 bakeries in the United States and employed about 32,000 workers. IBC now operates 41 bakeries, 600 distribution centers, and 900 bakery outlet stores at various locations around the country and employs about 22,000 workers.

When employees' long-term extension contracts expire, beginning in August 2010, hourly employees will receive wage increases each year through the term of the master extension agreement.

In addition, all employees will receive a percentage of IBC's total equity. The company also will establish an employee profit-sharing plan.

August 27, 2008: The International Brotherhood of Teamsters Aug. 20 announced it has brokered a deal between investor Ripplewood Holdings LLC and creditors of Interstate Bakeries Corp. that will protect union jobs and save the bankrupt company from liquidation.

The proposed settlement among the banks, Ripplewood, and IBT would enable Interstate Bakeries to emerge as a standalone company after four years in bankruptcy, the union said. Although details of the negotiated agreement are not yet available, Teamsters released word of the deal that it said would keep many union-represented workers employed.

"This deal is important in IBC's recovery from bankruptcy as we work to protect our members' jobs," IBT President James Hoffa said Aug. 20 in a statement. The Teamsters represents some 9,500 of Interstate Bakeries' 25,000 employees.

Interstate Bakeries, maker of products that include Twinkies and Wonder bread, filed for bankruptcy protection under Chapter 11 Sept. 22, 2004, citing multiple problems including high labor costs (97 DLR A-7, 5/20/05). At that time, the company operated 53 bakeries in the United States and employed about 32,000 workers.

For the past year, Teamsters has been pursuing negotiations with outside investors that might assist IBC in emerging from bankruptcy (175 DLR A-11, 9/11/07). IBC has sought concessions from IBT and other unions representing its employees as part of its plan to emerge from bankruptcy.

Many of the IBT-represented employees work as bread truck drivers who deliver breads and sweet goods to local retail outlets. In labor negotiations covering those workers, a major issue has been an Interstate Bakeries effort to cut the sales commission income the drivers receive as part of their route assignments, the union said last year.

While acknowledging that the Ripplewood "settlement was not without sacrifices from all parties involved," Richard Volpe, director of the Teamsters Bakery Workers Conference, said Aug. 20 in a statement that "it will place the company on the best footing possible for its future success, and keep as many hardworking union men and women employed as possible."

IBT said that details of the plan with Ripplewood Holdings will be forthcoming in the next several weeks.

IBC Not Party to Negotiations

IBC spokeswoman Maya Pogoda told BNA Aug. 26 that Interstate Bakeries was not part of the negotiations, which were solely between the secured lender and the union, and that the company had no information about the deal. Nevertheless, she said that "the company is encouraged to hear those reports" of the settlement.

A previous IBT-brokered reorganization proposal submitted to IBC last year "never materialized," Pogoda said. Under that arrangement, the Teamsters had said that investment partners including Yucaipa Cos. would take control of IBC as a way to protect jobs and break a stalemate with the company's managers over proposed union concessions (242 DLR A-10, 12/18/07).

IBC protested at the time that the proposal was insufficient to meet the terms for a qualified bid approved by the U.S. Bankruptcy Court for the Western District of Missouri, the court overseeing IBC's reorganization. The proposal eventually was withdrawn.

A Ripplewood Holdings representative could not be reached for comment.

Kansas City Star: Teamsters Strike a Deal to Save IBC

August 22, 2008: Just a day after the International Brotherhood of Teamsters said Interstate Bakeries Corp.’s bankruptcy reorganization was nearly toast, the union announced a deal to save it.

The union, which represents about 9,500 of the baking giant’s roughly 25,000 employees, said it worked overnight Tuesday to strike a deal with hedge fund Ripplewood Holdings and creditors to craft a plan the Teamsters say will “save IBC from liquidation and protect Teamster jobs,” according to its news release.

Click here to read more at The Kansas City Star.

In a news release, the Teamsters, who represent more than 9,500 Interstate Bakeries workers, singled out JPMorgan Chase Bank and hedge fund Monarch Alternative Capital for blocking the plan the union said it has negotiated with investor Ripplewood Holdings from moving forward.

June 27, 2008: Interstate Bakeries Corp. must file a new reorganization plan by Monday and get support from its unions or provide a liquidation strategy to its lenders.

The stipulations are laid out in the bankrupt company's most recent financing package provided by a group of lenders. Kansas City-based IBC filed for protection from creditors in September 2004 amid rising costs and declining sales.

March 3, 2008: The International Brotherhood of Teamsters said Thursday that it’s working on bringing a new investor to Interstate Bakeries Corp. that would inject an undisclosed sum into the bankrupt company.

Teamsters spokesman Rich Volpe said the union has reached an agreement with New York-based hedge fund Ripplewood Holdings, including on the collective bargaining agreements for the 10,000 employees of IBC represented by the union.

Kansas City Star: No Bids Yet as IBC Passes Deadline

January 17, 2008: by Jennifer Mann, for the Kansas City Star: Interstate Bakeries Corp. said it didn’t receive any offers for the company by Tuesday’s deadline, but that doesn’t bar other parties from proposing plans to rescue the bankrupt baking company.

Interstate had solicited alternative offers to its own proposed plan of reorganization and set a Jan. 15 deadline for those to be filed. But the company acknowledged Tuesday that because its “exclusive right” to file a reorganization plan expired last week, other investors now have an open avenue to make proposal.

January 8, 2008: A similar bankruptcy case may give Interstate Bakeries Corp. some ammunition against private investment fund Yucaipa Cos. LLC as the union-friendly investor tries to firm up an offer for bankrupt IBC.

So far, the Kansas City Twinkie-maker's attempts to learn details of Yucaipa's plan and of its exclusive relationship with one of IBC's largest unions, the International Brotherhood of Teamsters, have been denied. That relationship seemingly has tied IBC's hands because its proposed Chapter 11 emergence financing requires union agreements. It also has discouraged other suitors, the company has said.