She was the first woman ever nominated to run for president of America’s most iconic union, a large, powerful — and highly macho — entity. But perhaps more remarkable was the language she used, bordering on contempt for a man — incumbent Jim Hoffa — who bears the most famous last name in labor history. Dispensing with courtesy or honorifics, the challenger referred to her opponent simply as “Hoffa” and argued that he had weakened the union his legendary father, Jimmy Hoffa, helped build.

Click here to read more at The Washington Times.

August 1, 2011: Sotheby’s auction house closed its doors Saturday to its 43 unionized art handlers, who are members of Teamsters Local 814.

A top issue is poverty wages; all the workers are part-time, starting at $10.50 an hour with a maximum wage of $14.50 after four years. “Since there’s no seniority,” said one worker, “personal friends of managers typically get the full-time jobs or promotions.” 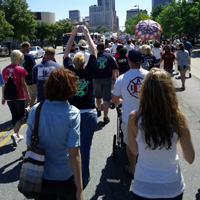 July 15, 2011: Steve Pocztowski, the secretary treasurer of Chicago Local 705, passed away on July 2 in Las Vegas as he prepared to leave the Teamster Convention. This was just three days after his nomination for Central Region Vice President, on the Hoffa slate. 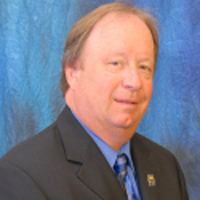 Steve worked his way up in the union, starting in 1974 as a part-timer at UPS. In 2003 he was elected principal officer, defeating an incumbent leader for the first time in Local 705 history. He was known as a militant leader and a unifier.

He is survived by his wife Linda and two sons, Stephen and Kevin.

The Local 705 Executive Board has tapped Juan Campos as the new secretary treasurer. Campos previously served as the recording secretary and a union representative for UPS members.

As we go to press, the issue of whether Pocztowski’s name will remain on the ballot this fall in the IBT election is not settled. In early July, Election Supervisor Richard Mark requested comments on the issue. This question will likely be decided soon.

May 4, 2011: Members of Teamsters for a Democratic Union (TDU) are proud that the IBT is honoring Victor G. Reuther by hosting his induction ceremony to Labor’s International Hall of Fame on May 17. 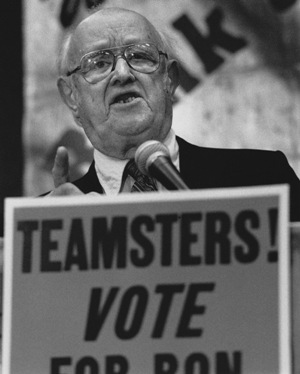 Reuther was a tireless fighter for labor and social justice, starting out at age 24 as a key organizer of Flint sit-down strikes in 1936-7 that helped found the United Auto Workers and led to the unionization of millions of American workers, including Teamsters.

Reuther came out of retirement in the 1980’s to join the battle for union democracy. He linked up with rank-and-file unionists—including Teamsters for a Democratic Union—who were organizing to rebuild union power on the job and denounce their officials’ lavish salaries and cozy relationship with management.

“The age of one party states is coming to an end,” Reuther wrote of the Teamster reform movement. “The future is with the rank and file.”

Reuther addressed the TDU Convention in 1991 on the eve of the election of reformer Ron Carey as the first democratically elected president of the Teamsters, and remained a friend and advisor to Teamster reformers.

The stakes in the battle for union democracy are greater than ever. As another election for IBT president nears and as we honor the legacy of a giant in the union movement, let’s ask ourselves a question: Who would Victor Reuther like to see lead the Teamsters union today?

April 11, 2011: A special report in The New York Times details how top corporate executives have dramatically raised their own pay. The report concludes that this wealth has "not trickled down" to hiring more workers.

An accompanying chart of executive compensation shows the compensation hike for numerous large companies, including Teamster employers such as Waste Management, PepsiCo, Republic, UPS, United Technologies, Safeway, and others.

Stop the War on Workers at UPS

April 4, 2011: Local 804 Teamsters rallied in front of UPS in Manhattan today to say NO to the War on Workers from Wisconsin to UPS. 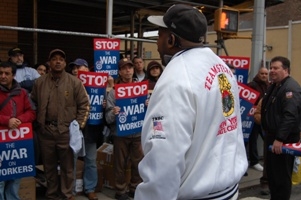 Members came together to show their support with public employees who are fighting to save their collective bargaining rights. But they were also taking a stand to defend their own rights.

UPS made $5.8 billion in profits last year. But that hasn’t stopped management from using the recessions as an excuse to eliminate full-time jobs and walk all over the contract.

“People died for the rights we have thanks to collective bargaining,” said Local 804 President Tim Sylvester. “Corporate America is trying to strip our rights away. We’re uniting today across the country to say no,” Sylvester said.

March 30, 2011: Imagine an election where all non-voters are counted as “NO” voters. It’s undemocratic, and it would make it extremely hard to get enough “YES” votes to pass anything.

That’s exactly what House Transportation Chairman John Mica has in mind for airline and railway workers who are voting in union elections. Mica, who has taken more than $620,000 in campaign contributions from the airline industry, has put a provision into the FAA reauthorization bill that would make it much more difficult for railway and airline employees to form unions.

Click here to read more at Jobs with Justice.

Now the fight comes to your doorstep.

Republican Gov. John Kasich will sign Senate Bill 5, which will spark a voter referendum effort by Democrats and unions to defeat the bill by putting it before voters on the Nov. 8 ballot.

"This isn't over," House Democratic Leader Armond Budish, of Beachwood, said on the House floor before representatives approved it, 53-44. "We've just begun to fight, and we're going to fight like hell."

SB 5 opponents booed and chanted "Shame on you" and "Repeal" from the House chamber's balcony after the House approved the bill . Two banners also were draped over the balcony and a few profanities could be heard before House Speaker William G. Batchelder, a Medina Republican, had Highway Patrol officers clear the gallery, which held about 200 spectators.

Democrats and unions are expected to spend up to $20 million to defeat the measure, an amount Republicans admit will be tough to match.

Republicans hailed the bill's passage in the House as a victory for Ohio taxpayers who have had to foot the bill for costly public labor contracts negotiated through a collective-bargaining process that favors unions.

"Today, this House has taken an unprecedented step toward public policy that respects all Ohioans, especially our taxpayers and our hardworking middle class," Batchelder said in a prepared statement.

In recent weeks, SB 5's far-reaching effects on public unions and its vehement opposition placed Ohio alongside Wisconsin and other states that spawned a national discussion about workers' rights.

The bill would reduce the number of topics subject to collective bargaining, ban public workers from striking, prohibit employers from paying more than 85 percent of workers' health insurance costs and set pay raises on performance rather than length of service.

House Republicans approved numerous changes to the bill this week, including: a provision to explicitly allow police and firefighters to negotiate for personal safety equipment; a restriction on public workers contributing to a political action committee through a payroll deduction; a new performance-based pay scale for teachers and other workers; and a ban on requiring "fair share" fees -- union dues paid by public workers who decide not to join their union.

House Republicans also included a provision that would make it easier to decertify a public union. Currently, more than 50 percent of workers must sign a petition to hold a decertification vote. The latest version of SB 5 knocked the petition threshold down to 30 percent.

Although GOP majorities in the House and Senate gave opponents little hope of stopping the bill's passage, the anti-SB 5 protesters ensured Wednesday that lawmakers knew they weren't going away.

"Mama, mama can't you see?" they chanted as they awaited lawmakers' arrival in the Senate chamber. "What John Kasich's done to me."

The House was first to act Wednesday on the latest version of SB 5, with the Senate agreeing to the changes by a 17-16 vote Wednesday night.

It was easily the most tension-filled House session this year.

Batchelder repeatedly banged his gavel to quiet the SB 5 opponents in the House chamber. He threatened to clear the gallery on more than one occasion during members' floor speeches. He finally ordered the gallery cleared when protesters erupted after the House vote.

Five Republicans joined all Democrats present in voting against the bill: Reps. John Carey, Randy Gardner, Terry Johnson, Casey Kozlowski and Ross McGregor. Kozlowski is from Ashtabula County, and the four others are from outside Northeast Ohio.

"I was pretty upset a couple of times. I think we do our very best to extend the courtesies of the House," Batchelder said after session. "On the other hand, I understand that they're very distressed. They've been lied to by a bunch of labor leaders."

With SB 5 heading toward a voter referendum, Batchelder and House Republicans launched a public relations campaign, including a website, earlier Wednesday aimed to inform voters why the bill is needed to save local governments money and ultimately preserve jobs.

House Democrats ripped the bill during their floor speeches as a political attack by Republicans on labor groups. They warned SB 5 would have a damaging ripple effect on Ohio's middle class.

They challenged Republicans' claim the bill will help state and local governments save money.

"This bill is about raw political power," Rep. Mike Foley, a Cleveland Democrat, said before the vote. "This has nothing to do with balancing our budget. This has everything to do with consolidating Republican power."

For the referendum to be on the ballot, proponents trying to overturn SB 5 must take out petitions and gather more than 231,000 signatures by July 6.

Teamsters for a Democratic Union is holding a National Zoom Call for OZ-Teamsters United Campaign volunteers.

The TDU Convention is moving online this year. We’ll be holding a series of workshops and zoom meetings from August 30 through November 8, starting with Beating Apathy & Getting Members Involved and Winning Change at the 2021 Teamster Convention. Check out more upcoming online workshops and register now.