From Labor Notes: Organizing against 'Right-to-Work' will not only boost membership, but also get more members engaged and help us win on issues.

How to Win a Disparate Treatment Case

Disparate treatment arises when one employee is given a significantly more serious penalty than others who committed the same infraction.

Disparate treatment violates Just Cause because it indicates the presence of favoritism or discrimination. Labor arbitrators frequently reduce a grievant’s penalty to the lowest level given for the offense.

Here are some points you may find useful in preparing your next disparate treatment case:

For more on this topic, read Just Cause: A Union Guide to Winning Disciplinary Cases by labor lawyer Robert M. Schwartz. Available for $20 on the Work Rights Press website.

Got Unfair Labor Practices? Put 'em to use

Posted on Media by Teamsters For A Democratic Union Tdu · October 17, 2014 8:14 AM
Robert M. Schwartz
Labor Notes
October 17, 2014
View the original piece
Employer unfair labor practices (ULPs) are violations of worker and union rights under the National Labor Relations Act (NLRA) and similar public sector collective bargaining laws. For many unions, they are a familiar experience.
Some, however, have discovered that a ULP can be a gift in disguise, providing a defense against the most dangerous employer weapons. A union that plays its cards right can use ULPs to help win contract campaigns, strikes, and other confrontations.
Click here to read more.

“What a Union is All About”

April 8, 2014: An interview with Brooke Reeves a Local 251 Steward at Rhode Island Hospital.

You backed the incumbent officials who lost the Local 251 election. What’s it been like since then? 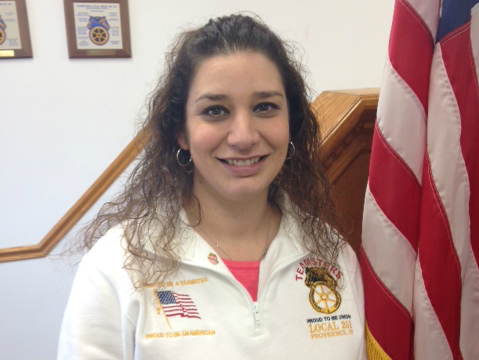 The biggest change is the new leadership is totally up front with the members. The old Business Agent made deals that were kept totally secret from us.

We just found a Memorandum of Understanding that cut starting pay for new hires. I wanted to throw up. The old BA signed that in the middle of the contract and didn’t even tell us.

With the new officers, everything is out in the open.

What’s the biggest difference that stands out about the new local leadership?

They’re not here to make deals with H.R. or try to make H.R. happy; they’re here to help the members.

They don’t play favorites. They knew I didn’t support them in the election, but they reached out to work with me. They said the election’s over, it’s time to come together.

It may sound corny, but these guys are sincere about representing every member.

We’ve got a lot more grievances now, but that’s because members are getting results, instead of getting ignored, so more people are coming forward to ask for help.

How has this experienced changed your view of TDU?

Before, I didn’t really know what TDU was. I only heard what the officials told me: that TDU sucks and they’re out to destroy the union.

I didn’t have anything negative to say about TDU really. Well… I think I posted TDU Sucks once on my Facebook page (laughs).

I went to a TDU Education Conference and that’s where I saw for myself what TDU is really about. The training there blew me away. I’ve been a steward for years and the old local officials never gave us any training the whole time. We were on our own.

I like that TDU wants members to know what can be done and how to do it the right way. TDU gives you the tools to defend members and enforce the contract. That’s what union is all about. I joined TDU myself right then and there.

Yeah, and I think it’s going to be the toughest contract fight we’ve ever had. Contract negotiations have always been behind closed doors. It’s always been, “Here’s the new contract. Now vote on it.”

This time, we’re really going to talk with all the members and bring people together.

The Hospital wants to take a lot away. It’s up to us to stick together and protect what we have.

April 12, 2012: Get grievance advice and essential resources from TDU today.

Grievances: Using the Grievance Procedure to Defend Our Rights and Build Power on the Job. Available in English and Spanish, a handbook on the mechanics of the grievance procedure and organizing tips for involving members. $8.

How to Win Past Practice Grievances by attorney Robert Schwartz. This book unlocks the mystery of using past practices in the grievance system and at the Labor Board. $13.

Get your copy today! Click here to visit the TDU store. 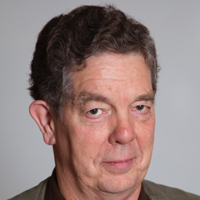 "TDU is the place to turn for help with your grievances.

"From basic advice to advanced grievance handling, TDU will get you the expert advice you need to enforce your contract and win your grievances."