March 25, 2011: Teamster school bus drivers are organizing for change in New York Local 854—including at Outstanding Transport where for years the company has gotten away with paying drivers no overtime pay and paying bus aides less than the minimum wage. 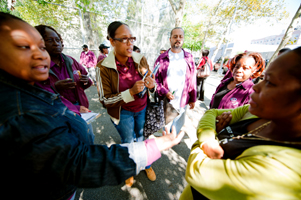 When Kim Sessions (3rd from left) was fired for standing up for bus workers' rights, TDU members took action and won her job back.Members at Outstanding met with TDU and launched a plan to enforce their rights—including group grievances, outreach to the media, and an investigation by the state Department of Labor into the company’s wage and hour violations.

Unhappy, the company pushed back by firing Kim Session, one of the workers who has been at the center of members’ organizing.

But Session is back on the job, with full back pay, thanks to solidarity from TDU and 854 Members for Change, a committee of drivers and matrons from across Local 854.

The company claimed Session was being fired for falsifying times on trip-cards for her scheduled runs. But matrons don’t even fill out trip cards.

Owner Charlie Curcio revealed the real reason for the firing when he pulled out group grievances signed by more than a hundred members and complained that Session’s name was on the top of each one.

TDU and 854 Members for Change hit back from every angle.

Within days, the employer had been contacted by the Department of Labor, a City Council member, the New York Daily News, and the National Labor Relations Board.

The company backed down and returned Session to work with full back pay.

“854 Members for Change and TDU really stood behind me. I’ve never seen support like that before,” Session said.

“This fight is about everybody,” said Vincent Lattimore, a TDU member from Local 237 who helped leaflet the company to protest Kim’s unjust firing.

“Teamsters have to stick together. That’s what TDU is all about.”

“Members are used to the companies pushing Local 854 around,” said driver Pierre Jerome.

“Winning Kim’s job back, we showed that members can stand up for ourselves.”

TDU recruitment makes everything we do possible. Imagine what we could do with even more members. Can you help make it happen?

Recruit five new members* to TDU by Oct. 1 and we’ll waive your registration fee to the TDU Convention. 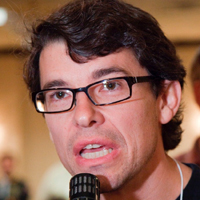 “Without TDU we wouldn’t have won many of the rights and reforms that are important to building a stronger union. And the backbone of TDU is recruitment and a growing membership.

“I’ve taken up the recruitment challenge and already signed up one new member. I urge my TDU brothers and sisters to take the challenge with me.”

*Recruit five members at the normal rate, or 10 part-timers. Be sure to write your name as the sponsor on each new membership card. Return the filled-out cards and dues payments to: TDU, P.O. Box 10128, Detroit, Mich. 48210.

Teamsters from across the country are making their plans to be at TDU’s 35th annual convention, Sept. 30 - Oct. 2 at the Cleveland Airport Sheraton.

Save the date and make your plans to be there. 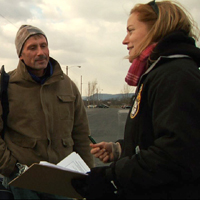 Join us for critical strategy sessions for the final push to Dump Hoffa and elect Sandy Pope. 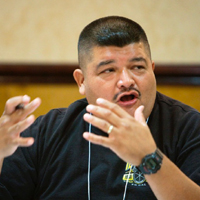 Taught by union experts and grounded in real-life experience, the workshops at the TDU Convention arm you with knowledge you can use: winning grievances, pension rights, bargaining, running for office, legal rights, and much more. 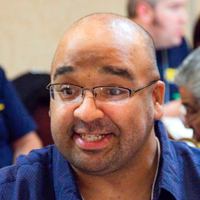 “At my first convention, I met Teamsters from across our union who are working together for a stronger union.

“I’ll be there. If you think our union needs a new direction and a new president, you should be there too.”

Letters from Our Members

With a lot of misinformation coming from all sides, the Central States Pension Fund is getting slammed with so many calls that members are on hold for 30 to 45 minutes, and sometimes never get through to anybody who can help them with their questions about the recent pension changes.

This is 2011, not 1981. But the fund still operates on an antiquated phone system. You can’t leave a voicemail. And forget about email.

Information You Can Count On

I have a hard time getting any information from my local, so I turn to TDU.

I’m tired of hearing, “Be glad that you have a job.”

When officials are making two or three times what the average Teamster is making, they need to be doing more to enforce our contract.

Jim Hoffa should be thrown out of office, taken off the ballot, and never be allowed to run or hold any office for trying to bribe his way into another term.

Hoffa is giving the Teamsters a bad name.

If we can’t trust our leaders, who can we trust?

Three Constitutional amendments supported by the O’Brien Zuckerman Teamsters United slate were rejected by a majority of the delegates at the Teamster Convention, including a critical protection on members’ right to elect their International Union officers in the future.

We Won it Today: Rank and File Members on All Bargaining Committees!

TDU has fought for rank-and-file members to be included on contract negotiating committees for decades. Today, the Teamster Constitution was finally amended to make this a reality.