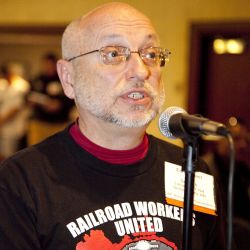 UPS Teamsters earn dramatically different pensions depending on the plan they're in.
The Pension Comparison Chart shows the range and variation of benefits for the great majority of pension plans covering UPS Teamsters.
Click here see the chart and how your UPS pension stacks up.

Fund assets dipped from $19.9 billion at the start of 2011, to $17.7 at the end of the year. The fund made zero on investments during the year; in fact there was a loss of .28%, attributed to poor stock market performance.

The reports—which were received by Teamsters for a Democratic Union in early June—also reveal in more detail decisions regarding YRC Teamsters, and a new rule on withdrawal liability.

The fund is in serious condition and could possibly be insolvent within a decade. The International Union—in alliance with other unions and allies such as the AARP—needs to launch a grassroots movement aimed at strengthening the Pension Benefit Guaranty Corporation (PBGC) to protect all workers' pensions, such as the bill introduced by Senator Robert Casey (D-Pa) two years ago. Behind the scenes lobbying isn't working. Teamsters and retirees are ready to join in to defend our pensions.

The Hoffa administration, after opening the door with the UPS pull-out, has not made stopping further withdrawals from the fund a priority.

The report details that in 2011 the Trustees of the fund decided to accept the low contribution rate of about $1.75 per hour from YRC. However, approximately 12,000 participants employed by Holland and YRC were put on a "distressed employer schedule" which basically eliminated all early retirement options, with the remaining benefit being the accrued benefit at age 65, or sharply reduced for earlier retirement.

The fund is heavily dependent on investment success. In fact, to maintain its present level of assets, it has to make 12% on investments this year. This is well above any reasonable projection.

TDU members won the right to obtain quarterly reports in federal court. These 2011 reports were delayed due to the fact that the previous Special Counsel passed away in January. The new Special Counsel is retired federal judge David Coar.

A longer version of this article and the full financial reports are available here.

UPS Teamsters earn dramatically different pensions depending on the plan they're in.
The Pension Comparison Chart shows the range and variation of benefits for the great majority of pension plans covering UPS Teamsters.
Click here see the chart and how your UPS pension stacks up.

June 28, 2012: Supervisors have different strategies to try to put stewards off, trip you up or get around the contract.

There's no one-size-fits-all strategy for dealing with difficult supervisors. But being prepared can help you feel more confident, be more effective and avoid getting caught off guard.

Before approaching the supervisor, write down the relevant facts and keep your goal in mind. What is the problem? What is the remedy you want? What is a reasonable timeline for getting the problem resolved?

Before a hearing, prepare enough so you're comfortable presenting your case and can back it up with copies of the contract language, supporting documentation, witness testimony and other relevant facts.

These are the "Don't know" or "Do-nothing" sups. They’ll do anything to avoid the steward, pass the buck or postpone action.

"Don't let a supervisor blow you off," says Local 804 UPS Alternate Steward Domenick DeDomenico. "If they say they can't meet, set a specific date and time when they can. If they say it's out of my hands or they can't do anything, ask whose hands it's in and bring your issue to the next level in the chain of command."

Some supervisors use threats and intimidation. If your supervisor is abusive, take notes and document the threats. File a harassment grievance if necessary.

Sometimes group action can back a supervisor off. A group of custodial workers, members of Teamsters Local 805, were being yelled at and insulted in public by their supervisor.

"Workers met with their steward and together we brought a group grievance to human resources. The workers felt they were being discriminated against and we told management we were prepared to file an EEOC charge. We got an agreement that the supervisor would talk to employees about their work performance only in his office—not publicly embarrass them," said Local 805 President Sandy Pope.

Sweet-talkers are difficult because they might be friendly— even well-intentioned—and you might not want to offend them if you confront them. But you need to—otherwise you'll continue to get vague promises and no actual change.

"Get supervisors to commit to a concrete remedy and get it in writing," says Local 206 Union Representative Leonard Stoehr. "Don't give them forever to implement it. If you've already given them a chance to resolve an issue, you may need to escalate by filing a grievance or taking your complaint to a higher up."

Supervisors don't like having stewards pin them down on problems. A common tactic to try to get you to back off is for them to change the subject or bring up unrelated problems.

Don't take the bait. Stay focused on the problem or incident and what you want done about it. Refocus them on the issue by saying, "We're not hear to discuss that, we're here to discuss X."

"When I see a member get frustrated or thrown off subject, I suggest a break and bring the member outside for a few minutes to caucus," says Bill O’Bayley, a Local 805 steward at White Rose Foods. "We make a plan to refocus the meeting and get back on track."

Flamethrowers will yell, scream or curse at you to try to push your buttons.

Try to keep your cool and stick to the issues. Use the grievance procedure instead of getting into shouting matches.

"The thing I've learned works best with supervisors is being knowledgeable of the contract and dealing with them in a calm controlled tone," said Ralph Merideth, a Local 150 steward at UPS in Sacramento. "The key is to be firm, be willing to listen and be able to present a reasonable solution based on the contract."

If a steward finds that he or she has to fire back against a flamethrower, make sure it's done in front of a group and that it's planned. Stewards are allowed to confront management—including yelling back—when they are performing duty as a steward, under the "Equality Rule." The rule doesn't permit everything though. Read The Legal Rights of Union Stewards for more info on the rule and other rights of stewards. Click here to order a copy online. 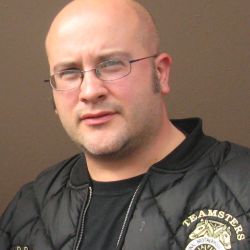 Don’t Let a Supervisor Put You Off.

"If they say they can't meet, set a specific date and time when they can. If they say it's out of my hands or they can't do anything, ask whose hands it's in and bring your issue to the next level in the chain of command." 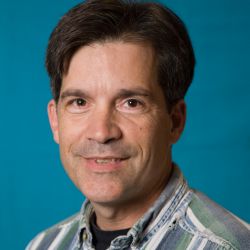 Get It in Writing.

"Get supervisors to commit to a concrete remedy and get it in writing. Don't give them forever to implement it. If you've already given them a chance to resolve an issue, you may need to escalate by filing a grievance." 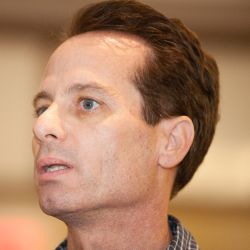 Know the Contract. Be Firm.

"Know your contract and deal with them in a calm controlled tone. The key is to be firm, be willing to listen and be able to present a reasonable solution based on the contract."

Teamsters from across the country are making their plans to be at the TDU Convention, Oct. 26 - 28 at the Chicago Holiday Inn O'Hare. Save the date and make your plans to be there.

Click here to register online today and get the early bird discount. 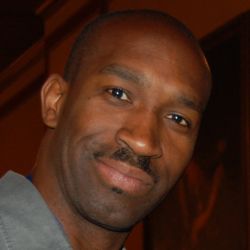 UPSers Need to be There

"UPS Teamsters who want a stronger contract in 2013 need to be at the TDU Convention. The Convention brings UPSers together from across the country to share strategies for standing up to the company." 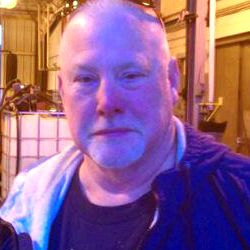 "I was disappointed in the low-turnout in last year's election. But instead of giving in, I'm stepping up and getting active. We need to educate each other and organize to protect our union. That's why I’m going to my first TDU Convention this October." 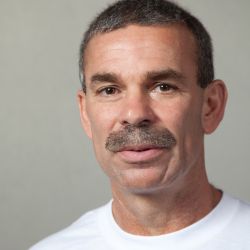 Join Up With Members From Across Our Union

"The TDU Convention is the one place rank-and-filers can go to join up with other members from across our union who believe in the Teamsters and want to rebuild our power."

Yellow has filed the expected massive change of operations documents to consolidate Holland and New Penn into Yellow across the Midwest, East and South. The proposed change would create 998 utility driver positions, and 35 new velocity distribution centers, as well as consolidate and reconfigure various terminals.