Retirees Turn Out in Force

May 24, 2013: On April 14, some 3,000 retirees came to the union hall to hear an update from Al Nelson of the Central States Pension Fund. Many are concerned about the move by Central States and the Hoffa administration to pass a law which would eliminate the "anti-cutback" rule and allow Central States to cut existing pensions. 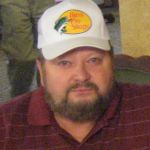 "I am glad we had a meeting for retirees at Local 41 in Kansas City. Vic Terranella, President of Local 41, was concerned that our members got some information from Central States on the proposed cuts in the "Solutions not Bailouts" document. Let your voice be heard loud and clear. Our solidarity must not waver. Many of you have worked 30 or 40 years for your pensions. So be part of a fair solution; stay informed and active. Talk with other retirees. Talk with your local and TDU. And join TDU. I did. TDU will keep you informed, and information is POWER."

May 24, 2013: "A nickel an hour for Teamster power" was Hoffa's slogan in 2002 to get the dues raised by 25 percent at a one-hour special convention in Las Vegas. A decade later, it's time to evaluate the organizing program: how are we doing at building Teamster power?

Very little of that new money goes to local unions; the bulk goes to the International, where it funds more staff salaries, as well as the strike fund and organizing.

Strikes are as rare as winners in Las Vegas. What about organizing? Are we building that promised Teamster power?

Our union needs to evaluate how we are doing in this critical work, and what the plan is for the future.

In 2012 the International union lost 51,936 members (according to LM-2 reports signed by James Hoffa and Ken Hall), worsening a downward trend of recent years and falling to 1.25 million members.

Also during 2012 our union was hit with the highest number of decertifications of any union, and lost 38 of those 51 votes where the boss was able to convince workers to leave the Teamsters.

Numbers matter. We can all agree we need to grow.

But strategy matters, too. We need to organize in Teamster core industries: trucking, warehousing, construction, and other areas to build Teamster power.

Does the International union have a strategy to organize in Teamster industries, or is the priority to get any members we can by the easiest route? This question needs to be addressed, with input from all locals.

The IBT is organizing in the waste industry, where two huge corporations (Republic and Waste Management) control 80 percent of the market. This is the kind of strategy that we need to build Teamster power. And we need more coordinated action in waste, as we have seen recently, with quickie
solidarity strikes and coordinated bargaining.

But we don't see this model spreading to other core industries.

Right now, the IBT's biggest organizing priorities are two raids on other unions. The IBT is seeking to replace the Transport Workers Union (TWU) at American Airlines, and the International Association of Machinists (IAM) at US Air.

Dozens of Teamster organizers are on these drives, seeking to win over the mechanics at these two airlines. This means those organizers are not working on organizing elsewhere.

Perhaps those unions brought it on themselves by doing a poor job representing members, but are we building the labor movement this way? If the Teamsters win these campaigns, our union will grow, which is good, but by beating other unions, not organizing the unorganized.

Is this a Strategy?

Organizing at Conway or FedEx may be harder and long-term but they are critically important to the future of our union if we want to grow the membership, defend our contracts, and protect our benefits.

In the 1990s, our union took on an organizing drive at Overnite with this long view in mind.

It wasn't fast or easy. But we stuck with it and organized terminals and laid the groundwork for unionizing the company nationwide when it became UPS Freight.

Organizing is about long-term strategy—not chasing a quick fix.

Problems in the Organizing Department

Funding for organizing has been cut in recent years, and the organizing staff reduced. The budget may be tight, but there seems to be plenty of money to maintain and expand multiple salaries.

Politics plays a heavy role in the IBT organizing department. Western Region organizing coordinator Manny Valenzuela has a checkered record on this score. For example, some five (!) former Teamster organizers he selected or trained now work as professional union busters! One of them, Sherri Henry, has a website advertising her sleazy work on defeating Teamster organizing drives. Should he be doing the hiring and coordinating?

It does not help that some top officials have antagonized and threatened some of the IBT's 40 full-time organizers. That's why a year ago, they voted to form a union despite heavy pressure from the Hoffa administration. They wanted protection against political firings and retaliation. A full year later, bargaining continues to try to settle the internal rift, pitting staff organizers against the top officials, including Organizing Director Jeff Farmer.

Various former organizers have lawsuits against the IBT for sexual harassment and other issues, costing upwards of a million dollars in legal fees and damages. Does this money come out of the organizing budget?

Turning into union busters, suing the IBT for sexual harassment, forming a union to prevent political firings: this does not sound like a well-run department.

It's time to make peace with the Teamster organizers and operate as a team and to rid the department of petty politics.

The Future of Organizing

The good news is that more locals, as well as the IBT, are committed to organizing as the lifeblood of the union. That's a positive foundation.

Now we need to take a hard look at how to grow in core industries and how to back up all locals who want to organize. Then we can build an effective and united organizing program with the International, the locals, and volunteer members.

At the TDU convention, Teamster reform leaders, labor educators and legal experts will be on hand to lead trainings on everything from grievance handling and member-to-member organizing, to running for local office and confronting new challenges facing our labor movement.

EDUCATION
Three days of the best workshops and skills trainings for Teamsters who want to learn how to take on the boss—and win.

INFORMATION
Don't be left in the dark. Stay informed on the latest developments on pensions, defending healthcare, and inside the labor movement.

REBUILDING UNION POWER
Join Teamsters from across the country and every jurisdiction who are taking action to stand up to employers and rebuild our union's power. 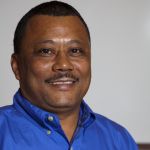 "The TDU Convention is where the next generation of Teamster leaders meet up with our movement's veterans to share strategies and get the skills we need to organize a strong union.

"I've been to 12 Conventions, and I'll be there again this year with my fellow Teamsters to get the education and organization we need to rebuild our union's power."

Video: Fighting Back from UPS to Amazon

We’ve got a lot to celebrate this Labor Day. Rank-and-file organizing is on the rise, and workers are fighting back from UPS to Amazon. Check out the new video from TDU.