The TDU Women’s Caucus shares information relevant to the struggles of Teamster women on the job and in our union and offers a network for Teamster women to share strategies on overcoming obstacles. 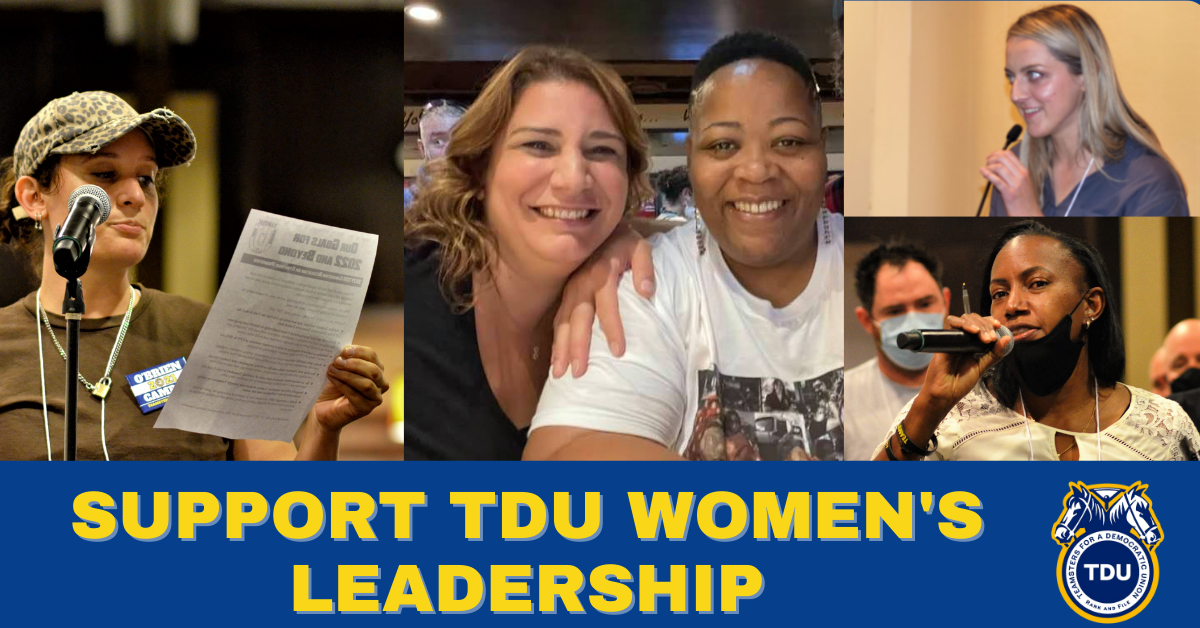 Our annual TDU Convention brings activists together to share organizing skills, make plans for promoting women's leadership, and building a labor movement that fights for all workers.

We need help from friends like you to help Teamster sisters attend the TDU Convention and other educational and leadership development programs. Donate today to support our movement.

Posted on Teamster Voice Articles by Teamsters for a Democratic Union · March 12, 2020 1:07 PM

Posted on Teamster Voice Articles by Teamsters for a Democratic Union · January 19, 2018 11:08 AM

October 17, 2014: “I had to take unpaid leave during my pregnancy which caused me to lose my health insurance,” says Nichele Fulmore, a UPS package driver who became pregnant in 2003. “Most companies treat pregnant ladies as an off the job injury. It is because of a lady being pregnant that we all are here in the first place—no company should force a pregnant woman out of work. They should provide light duty for her.”

UPS Teamsters across the country have their eyes on a crucial case that the Supreme Court will take up this December on pregnancy discrimination at UPS.

The case could impact thousands of women who load trucks or deliver packages at UPS, and millions more working women in the U.S.

The case involves Peggy Young, a pregnant UPS Teamster who requested an alternative work assignment so she would not have to burn her vacation and FMLA leave before the birth of her child.

UPS management refused, saying that Young did not qualify for light duty because she had not suffered an on-the-job injury.

Angry Teamster women have fought UPS’s unfair pregnancy policy for years. The Hoffa administration has refused to take up the issue.

Now the Supreme Court is taking up Young’s case, which will swing on the court’s interpretation of the 1978 Pregnancy Discrimination Act, which bars companies from discriminating against pregnant women.

UPS argues that forcing pregnant women to work at their regular positions is not discrimination because UPS also denies alternate work to male employees (who can’t get pregnant).

Peggy Young, thousands of UPS women Teamsters and women’s rights activists say the PDA says the same benefits (“light duty” or alternative work) should be made available to all employees according to their ability or inability to work.

Pregnant women should not be held to a different standard than other employees who are offered light duty because of an injury.

Click here and here to read more on this important case.

Teamster Local 554 member Sarah Miles, the daughter of another Nebraska UPS Teamster Jeff Benson, found out what UPS management thinks of its pregnant workers. Put on a weight restriction by her doctor, Sarah was told by UPS that no light-duty work was available, and that she did not qualify for Family Medical Leave.

And Sarah isn’t the only one. When North Carolina UPS driver Nichele Fulmore was told by her doctor that she could not lift more than 20 pounds during her pregnancy, she assumed that UPS would make accommodations so that she could continue working, as they had done for others in the past at her center.

But UPS said they would not provide light duty work. So Nichele found herself out of work, and after 26 weeks on disability, out of health benefits, with three months to go until her due date.

These are not isolated incidents. UPS is imposing a company-wide policy change that denies pregnant woman with health restrictions the right to perform alternate duties. In the process, UPS management is denying women access to medical benefits (which run out after six months on disability leave) and, frequently, the right to use their Family Medical Leave (FMLA) benefits.

FMLA lets employers deny benefits to workers if they have fewer than 1,250 hours worked in the previous year. The majority of UPS’s workforce is part-time. That means that many women who are planning to use their FMLA benefits after the birth of their child may come up short on hours if they are refused the right to keep working during their pregnancy.

In the past, UPS generally provided light-duty work to pregnant employees with work restrictions. This practice was written into the union contract in 1997. But now UPS claims that they only have to honor the contract in states that have their own laws regarding pregnancy and light-duty work. It’s a good deal for them: the only state known to have such a law is California.

The IBT has refused to fight over the issue, claiming that a bad arbitration decision makes it a done deal.

But members and families see it differently, and aren’t ready to give up. Last month, Sarah Miles’ mother Susan Benson conducted a one-person picket in front of UPS in Omaha, Nebraska, and got noticed by UPS management in the process. She went back the next week, this time after notifying the media. Management really started paying attention.

“They just ticked me off,” Benson said. “You don’t take a young woman who’s worked hard for you for three years, and kick her into the street with no pay and no insurance because she’s pregnant. My husband works for UPS, and we’ve had to deal with them for 24 years on insurance issues. Now they’re hurting my daughter.”

Getting management’s attention is one thing, getting this issue resolved is another. Pressure needs to be brought to bear on management, through the union and the public. UPS’s actions need to be brought out in the open.

To make that happen, we need to gather information. If you have been affected by UPS’s policy or know of other pregnant UPS Teamsters who have been, please contact TDU.

Teamster Women On the Move

Women Teamsters from all over the U.S. and Canada, and different Teamster industries—from UPSers and truck drivers to warehouse workers and public workers—got the chance to meet one another, share experiences and form friendships.

Seminars included "Be the Arbitrator" where members go through different grievance scenarios from beginning to end as seen from the arbitrator’s point of view, shop stewards training, stress at the workplace, organizing in a multi-generational workplace, and many more. 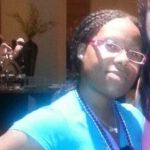 Kioma Forero, of New York Local 804 and a steering committee member of the NY-NJ TDU Chapter, said the conference "educates you and empowers you. Females often feel left out in the male-dominated world of Teamsters, but we are a driving force in the labor movement. If you want to feel unity, this is the place to be. I encourage you to talk with your local and try to get there next year." 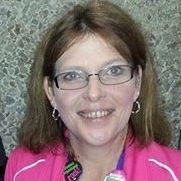 Cindy Stricker, a steward at Dorada Foods and TDUer out of Oklahoma Local 886, said she is still energized from the experience. "The fire, the  energy is just so unbelievable. It's been 3 weeks and I still have a charge from it. Women are starting to emerge, starting to shine. The bonds you make are so amazing. The classes were informative. We can take this back and bring it to our members."

Our union needs to tap this energy, and encourage more women to take leadership roles.

TDU believes that a strong union involves everyone. Click here to get in touch with our Women's Caucus. 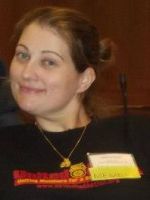 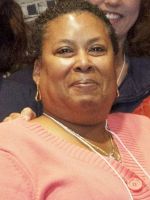 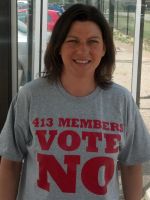