Railroad Workers and Our Allies Must Unite in Support of Amtrak

On March 16th, President Trump released a blueprint budget that proposes to slash funding for the Department of Transportation by $2.4 billion, including funding for all Amtrak “long distance” trains, along with funding for dozens of transit expansion projects nationwide. In recent months, Trump has voiced support for massive investment in the nation’s infra-structure. Yet ironically, his first proposed budget not only fails to deliver, it guts funding for existing infrastructure. 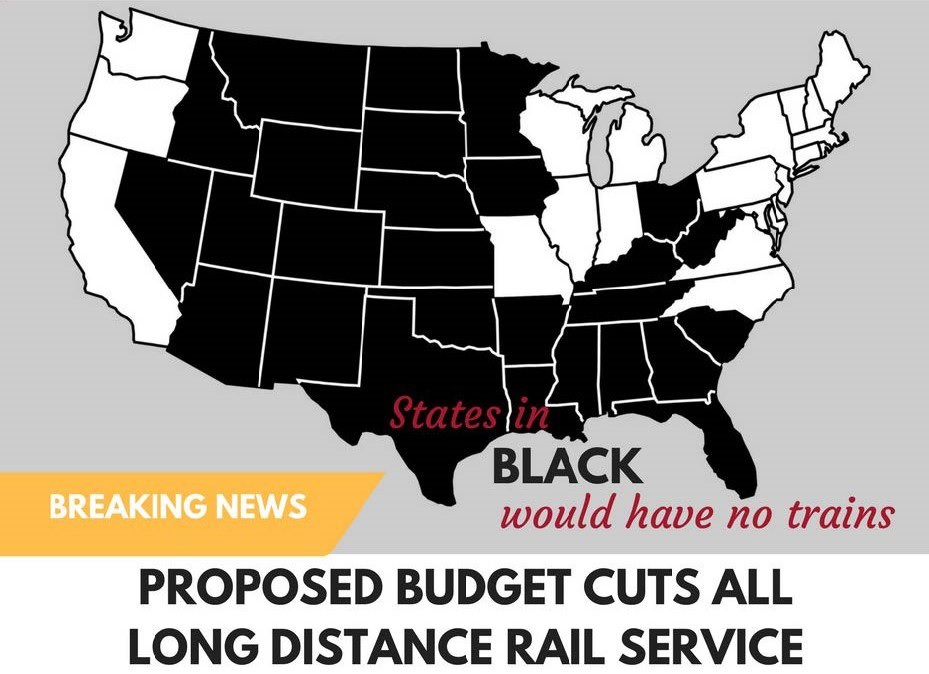 The blueprint budget proposes the elimination of most Amtrak routes across the country. If we are to save the national passenger rail system, railroad workers and their unions must unite with passenger advocacy groups, environmental organizations, and communities across the country. The vast majority of Americans want more - not less - passenger trains. In this fight, just like in others, railroad workers have lots of potential allies.

All railroaders – freight, as well as transit and passenger – should be alarmed and concerned by this proposal. Should Amtrak be defunded and dismembered, it is near certain that nothing would replace it. Privately run passenger trains fail to turn a profit – the reason that the rail carriers abandoned such service in the 1960's. And it is highly unlikely that private vendors – even if there were any – who wished to enter such a market would even be allowed by most – if not all – carriers access to their railroads. Amtrak is barely tolerated by the host railroads as it is, and then only because the act which created the entity in 1970 mandates that it be entitled to operate passenger trains on the nation’s railroads.

Thankfully, the President’s blueprint budget is not the last word on the question. We have the potential to save Amtrak – and transit funding too – over the course of the coming weeks and months, as Congress fashions what will be ultimately be the final budget. We have been down this road before of course, when George Bush was President. We will need to mobilize now like we did then. Because if Amtrak is defunded, thousands of fellow rails will lose their jobs, and as a result, we will all potentially suffer as the income for Railroad Retirement is dramatically diminished.

Ironically, as it turns out, Amtrak is one of the most efficient passenger railroads in the world, covering 94% of its operating costs at the fare box! Adjusted revenue of $2.15 billion was the most ever for a fiscal year (2016). Amtrak set an all-time ridership record despite record low gasoline prices inducing travelers to drive rather than seek public transportation. Demand for trains is out there! Considering that all forms of transportation – including airline, inland waterway, as well as automobile, bus and anything else that goes down the highway – are heavily subsidized by the states and federal government, far more than Amtrak, we are getting a great deal with the limited subsidy that Amtrak receives to keep the trains running. And in some cases – especially in rural areas – the train is the only form of public transportation available!

And trains are the safest form of transportation known to humanity. Railroad transport utilizes less land and space to transport an equivalent number of passengers in any other mode. And trains emit less pollutants than other forms, and can make use of alternative and renewable energy. As the nation’s highways and airports become ever more congested, we should be expanding passenger train options, not reducing them! As fossil fuel shipments decline, and demand for public transportation continues to grow, passenger trains could fill the void and excess track capacity in certain lanes. And in select mid-range corridors of 400 miles or less; e.g. Chicago to St. Louis, Chicago to Twin Cities; Bay Area to L.A., Houston to Dallas; Jacksonville to Miami; L.A. to Las Vegas, there is great potential to develop and expand multi-train departures on faster and more reliable schedules.

But to save Amtrak and expand the use of passenger rail – thereby increasing union rail employment, and ensuring the future of Railroad Retirement – will take a gallant effort. Rail unions cannot do this themselves, passenger advocacy groups cannot, neither can environmental organizations nor municipalities, all of whom are supporters of passenger rail. Therefore, we need a “Grand Alliance” of all of these forces to win the day. While all of us may have a specific agenda and focus, we have far more in common with one another than we have differences, there is far more that unites us than divides us. It is high time that our labor unions reach out, network, and build the necessary alliances with these forces, not just for a one-time lobbying effort for a specific narrow goal, as important as it may be. Rather, we need to build a strategic long-term alliance – despite our differences - with these forces, where we come to see one another as natural coalition partners for the long run.

Governments around the world are investing heavily in passenger rail. They understand that it is the safest, most convenient, environmentally sensitive, and often fastest way to get around. We can do it here too. But it will take the political will power and the formation of a lasting progressive coalition to bring it about. What better time than now to get started! 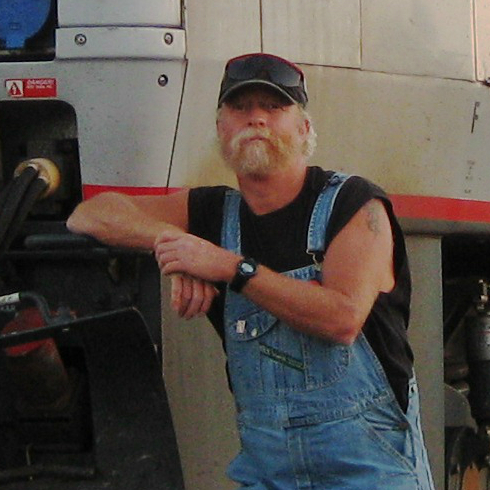 Ron Kaminkow is the General Secretary of Rail-road Workers United. He has worked as a brakeman, conductor and engineer for Conrail and NS in Chicago, and now works as an engineer for Amtrak. He is a member of BLET #51 and is the local’s National Division Delegate.