It’s a new day in the Teamsters. The O’Brien Zuckerman Teamsters United Slate won by a 2-1 margin against the Hoffa-backed Vairma Slate. Chicago area Teamsters overwhelmingly voted for the OZ slate and elected Juan Campos of Chicago Local 705 as Teamster VP at Large. TDU was a grassroots backbone in this historic victory. 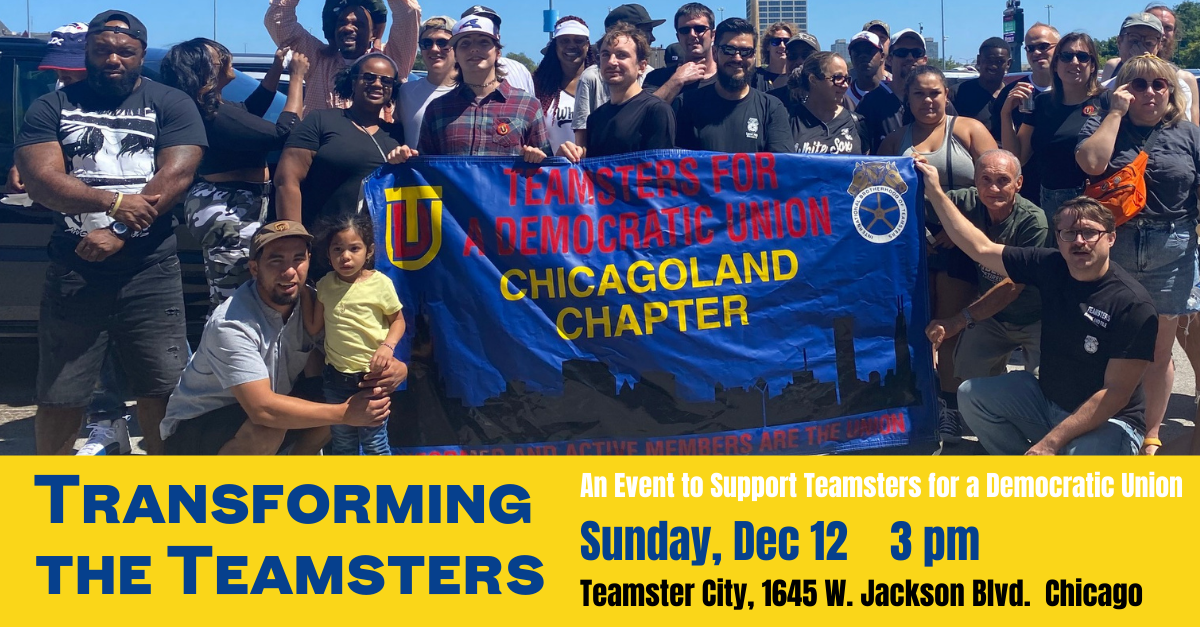 Join fellow labor activists, Teamsters, and other friends, as we celebrate the victory and talk about what’s possible with a new Teamsters leadership.

Come and support the movement for democratic, rank-and-file, militant unionism in the Teamsters.