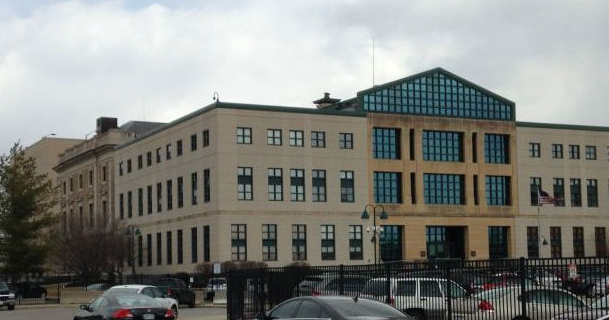 Alexander and his wife were removed from duties in July 2016 when the IBT placed Local 50 in trusteeship. Hoffa appointed as trustee, Tony Barr, President of Springfield, Illinois Local 916.

Now Barr is trying to merge Local 50 into his own local and take it over.

In June, Barr announced he plans to conduct a vote in July to merge Local 50 into Local 916. Under the IBT Constitution, Local 50 members have the right to vote on any proposed merger. Barr is calling for a vote to be conducted at Local 50 on July 15.

Active Local 50 members want to maintain their own local, which is plenty big enough to support itself and hold an election for officers once the trusteeship is concluded. They say No to the takeover of Local 50.

The backstory reveals a lot about how the Hoffa administration mishandles corruption when it crops up in a local union. For some 18 months prior to the imposition of the trusteeship, an officer of the local union was in touch with the IBT and providing hard evidence of embezzlement and violations of the bylaws.

Marc Archer, the Recording Secretary and a BA, exposed it in detail. And was promptly fired as a BA in May 2016 for his efforts.

How did the Hoffa administration handle this unfortunate situation?  He sent in Keith Gleason, the head of Local 627 and Illinois Joint Council 25 downstate director to investigate. Which he did, but mainly to cover it up and protect the embezzlers.

By then Archer had resorted to informing the Department of Labor about the corruption, which the IBT failed to clean up. So now, the indictments have come down.

“For months I wrote and called the IBT to tell them abuses were happening,” Archer stated. “Finally Hoffa imposed the trusteeship last summer, but it was just months before our scheduled election. We planned to run a slate and vote Alexander out of office. With the trusteeship, the election couldn’t happen.”

Archer and other active members oppose the merger.

“Now Barr wants a merger to take us over. We don’t want a merger, we want an election. Teamster members are fully capable of deciding who they want running Local 50. But to get that, members will need to vote down the merger proposal and get us an election this fall,” Archer concluded.