TForce: Profits are Up and the CEO is Bullish on the Future

Today the CEO of TFI International, which owns TForce, gave an upbeat report following a very profitable first quarter. CEO Alain Bedard stated that the new ownership has barely scratched the surface of making TForce a money-maker and may achieve an incredible 80% operating ratio in a couple years. 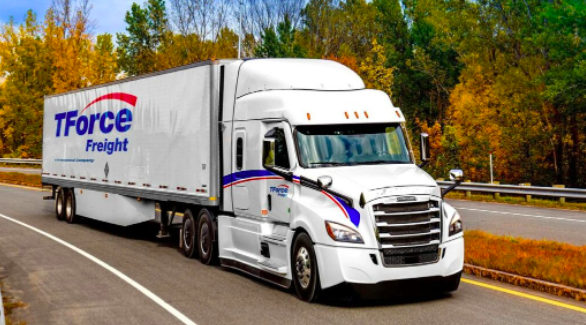 In response to a question from a financial analyst, he said he is preparing to bargain with the Teamsters and would like to see regionalized wage rates in the next Teamster contract.

“We’re getting ready for [bargaining]," said Bedard. "If you compare the base salary versus the other two unionized carriers [Yellow and ABF] TForce has the most expensive salary. But, what I see though, is that in some markets our base salaries are too low and other markets they are too high. This is because it’s a kind of national grid that we have that done because the last negotiation was done mostly by UPS people.”

That's a nonstarter. Teamsters are not giving up a national base wage rate and national wage increases. We're about solidarity, not divide and conquer.

CEO Alain Bedard noted that TForce will continue to bring on new equipment to save on maintenance, and aims to greatly reduce city cartage mileage by aiming for freight that is within 5 to 15 miles of a terminal.

TFI is the largest Canadian-based trucking corporation, and TForce is its largest division.