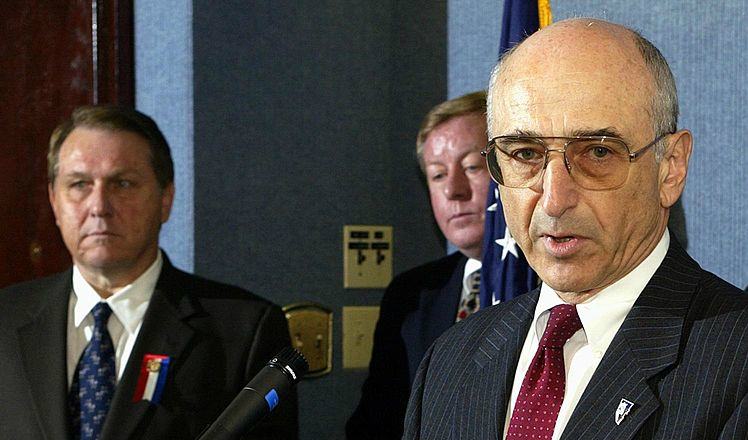 Chicago Teamster power broker and top Hoffa ally John Coli has been indicted by the Feds on charges of extortion and taking payoffs from a Teamster employer.

Coli’s paid himself $332,024 in Teamster salaries and expenses in 2016. But apparently that wasn’t enough.

Coli is charged with taking $100,000 in payoffs from Cinescape, a Teamster employer in the movie industry, in exchange for promising to prevent a strike. Coli faces up to 45 years in prison if convicted on all counts.

Hoffa said nothing about the indictment, just as he has done nothing to condemn corruption after the charges against Rome Aloise, Hoffa’s top power broker in the West.

Teamster Joint Council 25 issued a statement that Coli was resigning from his positions to spend more time with his family.

Actually, a number of Coli’s family members are on the union payroll, so Coli will likely be spending less time with family, especially if he goes to jail.

Coli’s close friend Becky Strzechowski was installed as the new head of Joint Council 25, only to be ousted two days later and replaced by Terry Hancock.

The probe into Hoffa administration corruption continues, and may be widening.

The Independent Investigations Officer has reportedly demanded the emails of another top Hoffa operative, Todd Thompson, the Assistant to the Teamster President.

This could be important, because Thompson has emerged as key player near the top of the food chain in a reshuffled Hoffa administration.

Since the election, Hoffa has closed ranks and concentrated decision-making influence in a small number of outside advisors.

Ken Hall has been pushed to the side. So has Willie Smith, Hoffa’s Executive Assistant who faces corruption charges. 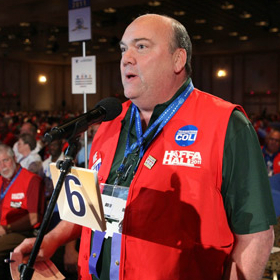 The top Teamster power broker in Chicago, Coli has long aspired to succeed Hoffa as General President. But that dream was shattered, first by Teamsters United, and now, by a federal indictment.

John Coli was indicted on July 12, charged with taking $100,000 in employer payoffs from Cinescape, a film production company, over the past year.

Coli faces up to 45 years in prison if convicted on all counts. 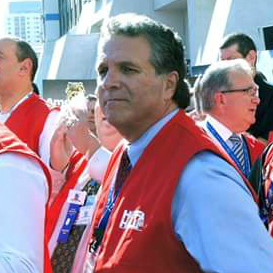 As we go to press, Judge Barbara Jones, the Independent Review Officer (IRO) is preparing her decision on 122 pages of corruption charges issued against Rome Aloise in February 2016.

Aloise faces possible expulsion from the union for signing a sham contract, soliciting gifts from Teamster employers and rigging a local union election.

Hoffa’s top power broker in the West, Aloise inherited his job as International Union VP and President Northern California Joint Council 7 when his brotherin-law, Chuck Mack, moved on to work for the Western Conference Pension Fund.

Aloise got $386,344 in Teamster salaries and expenses in 2016, but Teamster officials have set up a Rome Aloise defense fund to raise money for him. Their appeal tells members they can donate up to $14,000. 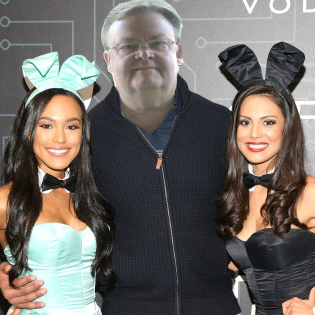 Hoffa has twice cleared his Executive Assistant Willie Smith of corruption charges. As of July 25, the case is now in the hands of Judge Barbara Jones for a final ruling.

Judge Barbara Jones slammed Hoffa for the corruption whitewash in a sharply-worded letter. Judge Jones will now hold a hearing and issue a decision. Meanwhile, like Aloise,

Smith continues on the union payroll. Smith is charged with accepting employer gifts—namely $6,000 worth of tickets to an exclusive party thrown by Playboy at the Super Bowl.

In her letter to Hoffa, Judge Jones wrote, “Smith knew that the six admissions to the Super Bowl Party that [Hoffa administration Vice President Rome] Aloise procured for him were obtained from an IBT employer.”

Those words don’t bode well for Smith or Aloise.

Like Aloise and Coli, Willie Smith got into the Teamster hierarchy as a family business. His father, W.C. Smith, retired from the Southern Conference of Teamsters in 1984.