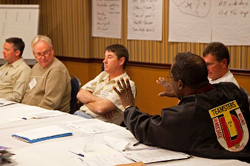 Who We Are, What We’ve Won, Where We Stand

Teamsters for a Democratic Union is a grassroots organization of thousands of members across North America, working together to rebuild Teamster Power. For more than 30 years, TDU has been uniting Teamsters to put our union to work for the members. We’re truck drivers, UPS workers, clerical workers, warehouse and delivery workers, public sector Teamsters—every kind of Teamster, and retirees and spouses too. 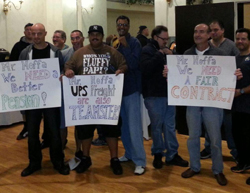 We fight for strong contracts and oppose concessions and benefit cuts. We bring Teamsters together to enforce our rights and to hold union officials accountable to the members. 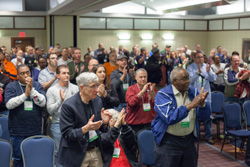 TDU is run by Teamsters for Teamsters. Our leadership body, the International Steering Committee, is elected each year at our TDU Convention. Not controlled by any official and answerable only to the rank-and-file, we are an independent voice for working Teamsters. 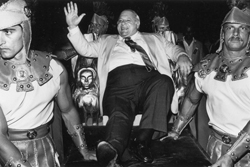 When TDU was founded in 1976, the Teamsters Union was controlled by organized crime. Teamster officials organized goon squads to try to intimidate working Teamsters. They spread lies to try to discredit the Teamster reform movement. It didn’t work. TDU grew.

TDU members collected 100,000 petition signatures to demand the Right to Vote We opposed concessionary contracts and ran reform slates for union office. In 1989, the federal government tried to put our entire union under government trusteeship. TDU launched a campaign: No Mob Control, No Government Control, Right to Vote—and we won.

TDU won the right for members to democratically elect our International Union officers—and the right to vote for Teamster Convention delegates. But we didn’t stop there. TDU won majority rule on contracts to stop union officials from imposing contracts that had been rejected by a vote of the members. We won the right to vote on contract supplements—a right members have used to defeat pension cuts and other concessions.

TDU helped vote the old guard out of office in 1991 and started to put our union on the right track. Under new leadership, our union reversed a 16-year decline in membership. Mobilized members won the 1997 UPS Strike—labor’s biggest victory in decades. 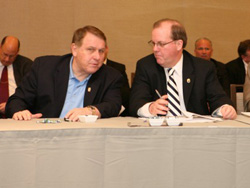 Today, Teamster Power is once again on the decline. The Hoffa administration promised Teamster Power, but has often delivered concessionary contracts and benefit cuts. TDU is bringing Teamsters together to rebuild union power in our locals and in the International Union. 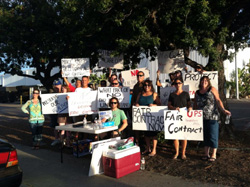 TDU organizes contract campaigns—nationally and at the local level—to inform members about bargaining and unite Teamsters to win strong contracts and to enforce our rights on the job.

TDU mobilized members to win 25 & Out pensions and record pension increases in the 1990s. Now we’re fighting to protect those benefits from pension cuts. Uniting Teamsters to protect our pensions and healthcare—and win quality benefits for all Teamsters—is a top priority of TDU. 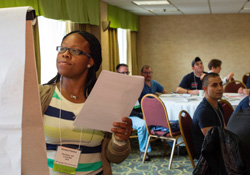 TDU takes on Teamster officials who abuse members’ trust by using our union to advance themselves, not the membership. We oppose excessive and multiple salaries for Teamster officials which waste millions we could be spending to win strong contracts and organize new members. 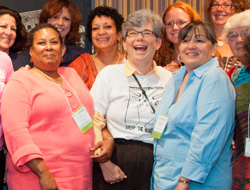 TDU works to unite Teamsters of every race, gender, ethnicity, craft, industry, and local and to overcome differences that are used to divide Teamster members from each other. We believe that our union leadership should reflect the membership and that a strong union involves everyone. 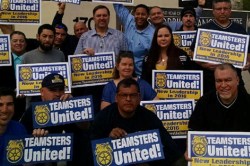 A Choice in Teamster Elections

TDU won the Right to Vote—and we use it. TDU members across North America work together to support candidates for International Union office. Without TDU’s national campaign network, Teamster members would not have a choice in International Union elections. Many TDU members are active in local elections—and have been elected to union office in some of the most powerful Teamster locals. 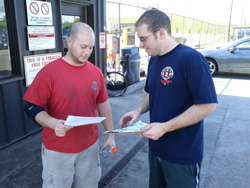 A Watchdog Voice for the Members

TDU puts independent, factual information in members’ hands and lets you decide. TDU stands behind union officials—including the Hoffa administration—when our officers are taking action to build Teamster Power. When union officials fail to support the membership, we hold them accountable. We are not always popular with union officials, but we are always factual and we never shrink from telling the truth. If you believe in rebuilding Teamster Power by getting members informed and involved, then Teamsters for a Democratic Union may just be the group for you.

'How this black UPS worker challenged powerful union leaders in Philly, and won.'