Join Teamsters from around the country for a TDU Zoom Call to talk about the petition drive and how to put this material to use on our conference call on Sunday, June 14 at Noon Eastern / 11 Central / 10 Mountain / 9 Pacific. 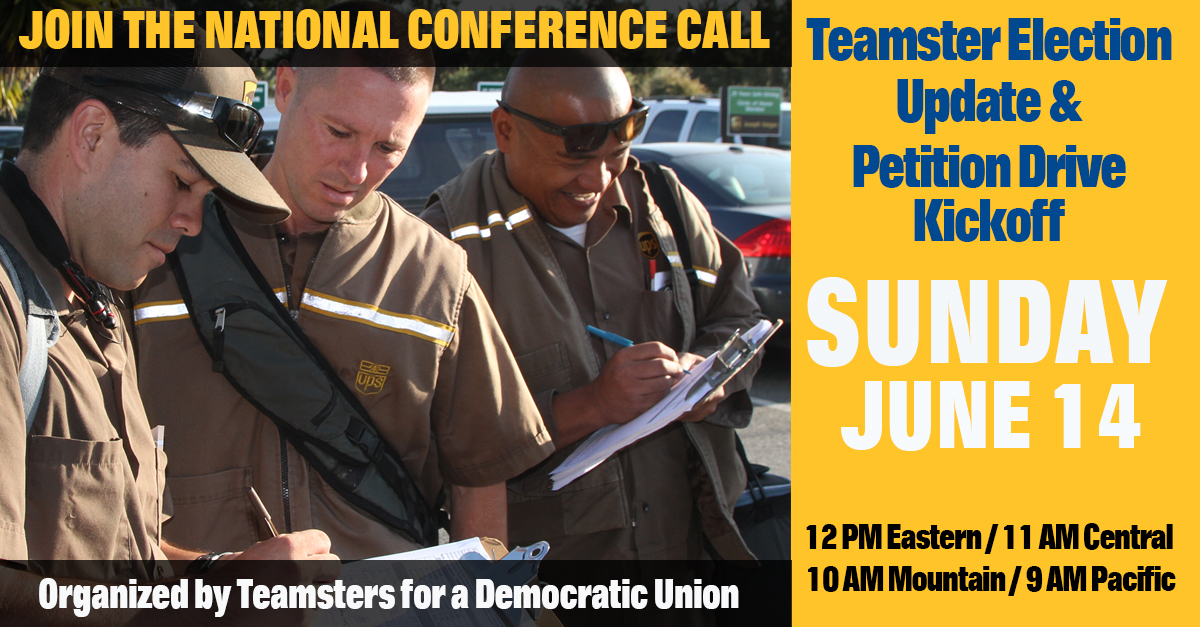 The 2020-2021 International Union election is underway. Teamsters for a Democratic Union (TDU) has endorsed the O’Brien-Zuckerman Teamsters United Slate and we’ll be working hard to win new leadership and a new direction for our union.

The first stage in the election process is a national petition drive to accredit the OZ Teamsters United slate as official candidates for International Union office.

The zoom call will begin today, Sunday, June 14 at:

At the start of the call, click here to join the meeting by Zoom app on Desktop or mobile:

Or, to call in by phone: