A new corruption officer has been named to hear the charges against Ken Hall, Rome Aloise, Willie Smith, Nicole Brener-Schmitz and other Hoffa administration officials. 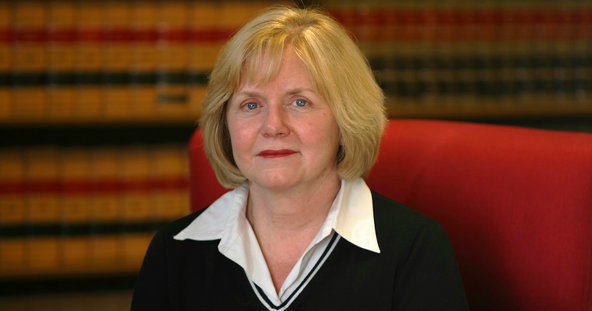 Former federal judge Barbara S. Jones has been nominated to serve as the Independent Review Officer.

Jones was jointly nominated by the U.S. Attorney in New York and the Hoffa Administration on December 15.

The retirement of Civiletti led to a postponement of the scheduled November 30 hearing on the various serious charges pending against Rome Aloise.

The IRO serves as the hearing judge for charges filed by the Independent Investigations Officer (IIO), Joseph diGenova, under the Final (Consent) Order. Jones has been appointed to fill the remainder of a five-year term which runs until 2022.

Jones worked in the Organized Crime & Racketeering Division of the U.S. Department of Justice and as an Assistant U.S. Attorney in New York, and later as First Assistant District Attorney of New York County. In 1995 she was appointed by President Clinton a federal district judge, and held that position until 2013, when she left to take a position with the Bracewell law firm.

We are glad to see the vacancy filled, and hope that the delayed Aloise trial will be scheduled soon, with others to follow, as the on-going investigation of Hoffa-Hall corruption proceeds.

A major post-election protest was filed by Teamsters United regarding (among other violations) Hoffa-Hall’s extensive use of union resources to delay charges until after members voted. TDU counsel Barbara Harvey filed a companion protest, because the Hoffa-Hall cover-up denied members the right to an informed vote.