Boston Teamsters on Strike to Save Pensions

Teamsters who work at ABC Supply have been on strike six weeks at four locations in the Boston area – to defend their right to maintain a pension plan. ABC Supply is a national corporation supplying roofing, siding and other building materials – and is owned by a union-busting billionaire. 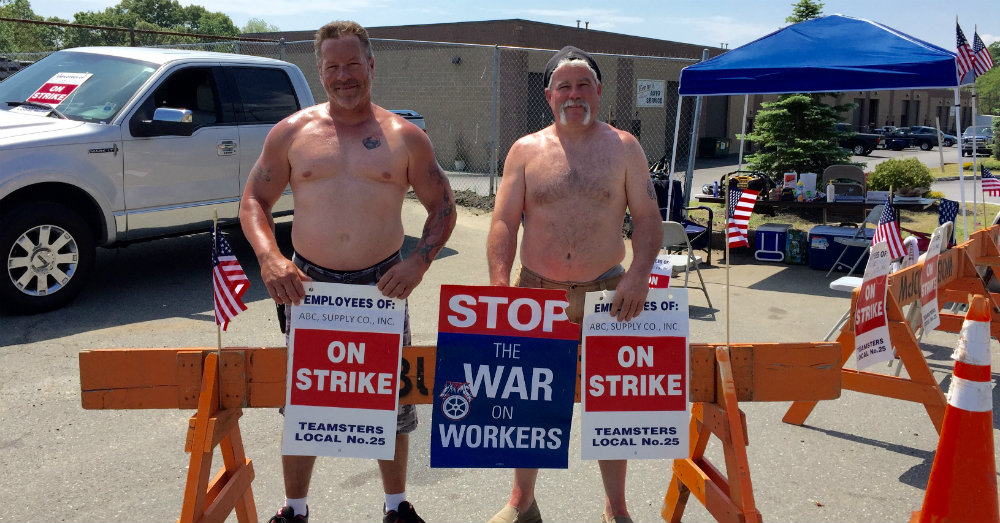 The corporation wants to pull out of the New England Teamsters Pension Fund, destroying the earned pensions of many Teamsters. The company’s owner, Diane Hendricks, was recently exposed for paying zero state taxes for four of the last five years, despite having $5 billion. She can sure afford to maintain the current pensions of these working families.

Hendricks and ABC management exemplify the corporate greed that threaten to destroy decent jobs in this country, while using their wealth to buy politicians.

The picket lines were extended one day in May by Local 25 to other New England ABC locations, in a show of Teamster solidarity.

Defending Teamster pensions – a principle all Teamsters can support.