For the fourth time this week, Verizon strikers have shut down the company’s scab dispatch operations in New York City, despite UPS intervening against the strikers. 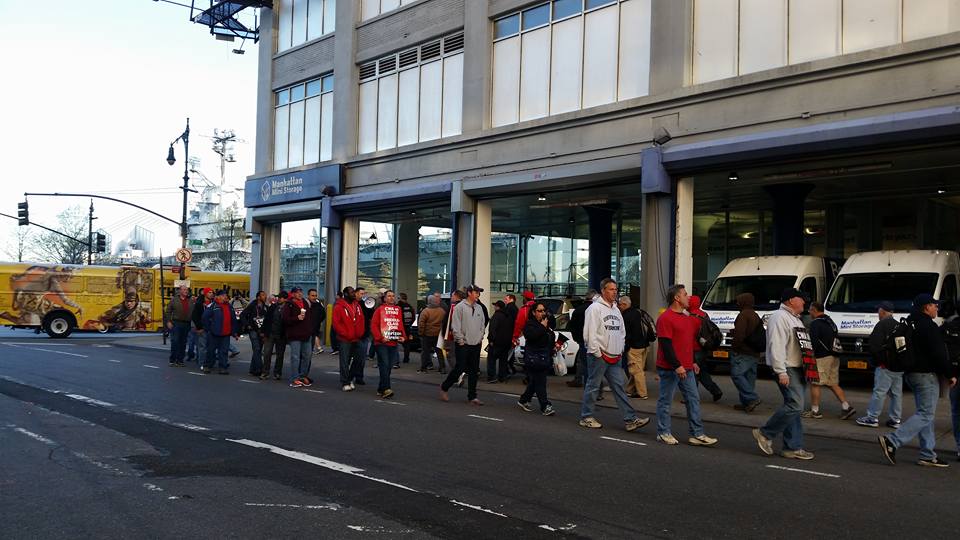 After massive picket lines got Verizon’s operations tossed from midtown hotels, the company went underground. Today, Verizon scabs learned they can run, but they can’t hide.

Strikers mounted a surprise picket line at a midtown storage facility where Verizon was dispatching scabs and equipment for strikebreakers.

Helpless Verizon managers were caught behind the picket line. Teamsters from the UPS hub next door honked their horns to show solidarity.

UPS management took another tack and filed a noise complaint against the strikers with the police.

But worker solidarity beat corporate solidarity. The storage facility told Verizon they have to move out.

Once again, Verizon’s strikebreaking operations have been kicked to the curb in NYC. 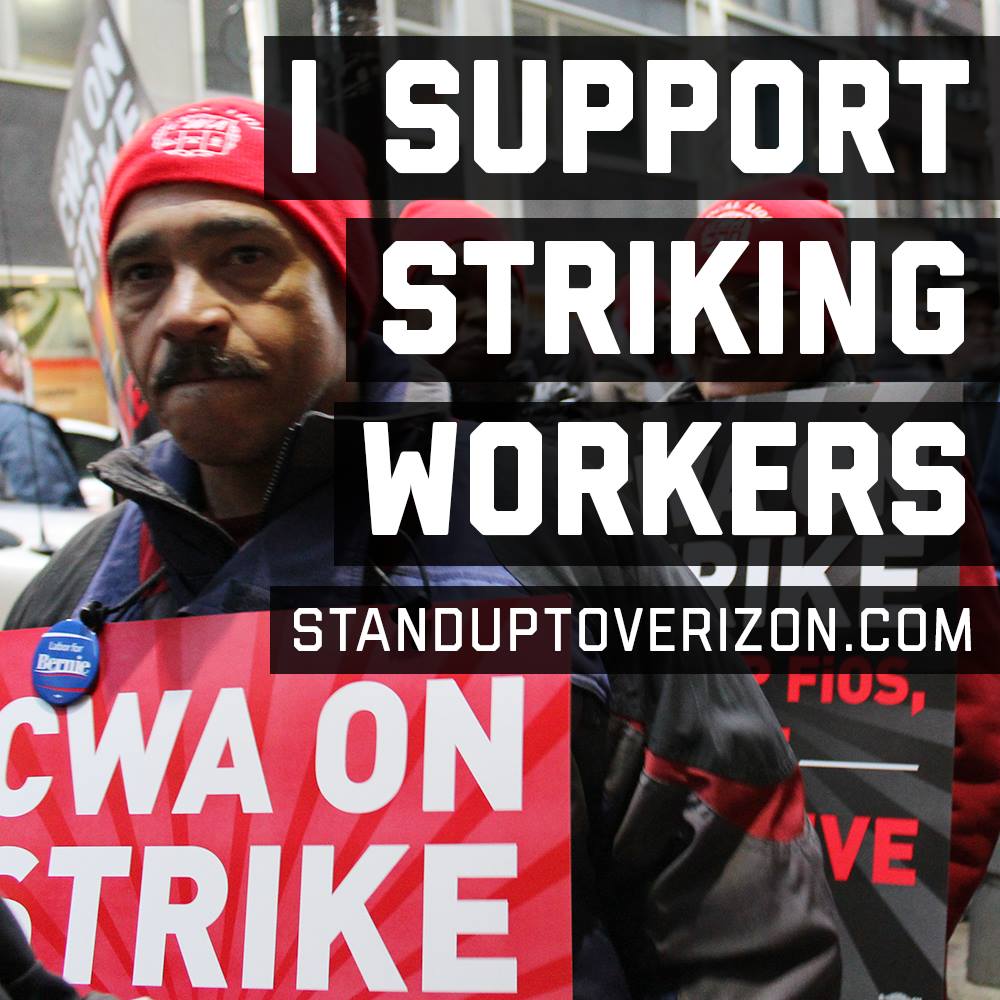