Celebrating Black History Month is a chance to learn from the past and unite for a better future by taking up the the unfinished work of labor and civil rights organizers who came before us. 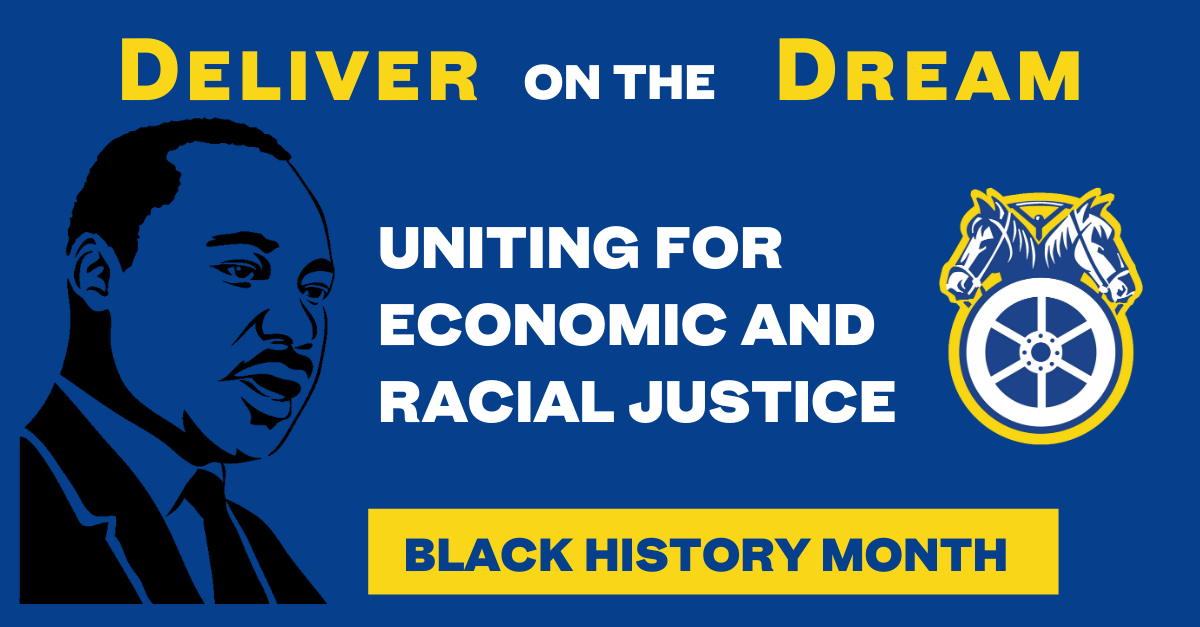 Martin Luther King, Jr. was assassinated in Memphis where he was standing with striking sanitation Teamsters.

More than 50 years later, many workers are still denied the economic and racial justice King fought for.

Most sanitation workers don’t even get MLK Day as a paid holiday. Waste Management and Republic Services employ 80,000 workers nationwide. Very few of the tens of thousands of Teamsters in the Waste Division get MLK Day as a holiday.

UPS is headquartered in Atlanta where Dr. King was born and lived. But UPS, unlike the post office, refuses to recognize MLK Day as a paid holiday.

The same is true for many other major Teamster employers in trucking, grocery, school bus, beverage distribution, and other industries. Teamster school bus drivers don't work on MLK Day, but most don't get paid either because it is not recognized as a paid holiday.

Our International Union should take the lead in fighting for MLK Day as a paid holiday in our union contracts.

Teamsters Local 831 showed it can be done by winning MLK Day as a paid holiday for 8,000 public sanitation workers in New York City without giving up anything in exchange.

Teamster employers like UPS, YRC, Coca-Cola, PepsiCo, Albertsons-Safeway, Kroger, and many others are subject to public pressure. Other companies like First Student or Waste Management are vulnerable to political pressure such as ordinances that could require government contractors to recognize MLK Day as a paid holiday.

The time is right to take this movement to the national stage.

The public is increasingly sympathetic to essential workers as was dramatically demonstrated in the strike by 1,400 Teamsters at Hunts Point Market.

More than 25 million people in the United States participation in demonstrations for racial justice as part of the Movement for Black Lives last year.

The best way to honor Black History month is to take up the unfinished work of labor and civil rights movement organizers who came before us.