TDU celebrates International Women's Day and the work of countless women who have helped build a stronger Teamsters Union and a stronger Labor Movement. 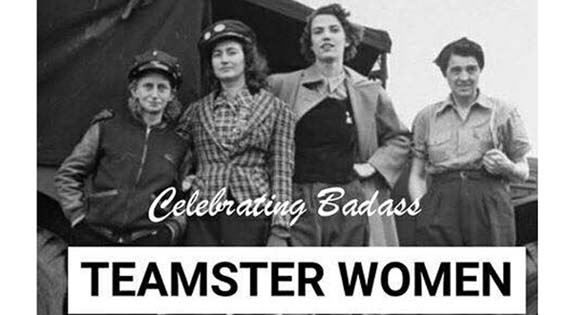 We are proud to have backed the first female candidate for President of the Teamsters in the 2011 IBT election. And we are proud to support Teamsters United VP-Elect, Kim Schultz.

"The Teamster Executive Board needs to look more like the union's membership," said Harold Armstrong, Teamsters United delegate from Memphis Local 667 when he nominated Schultz at the Teamster Convention this past summer.

Armstrong's got it right. A pillar of TDU's mission to reform the union is empowering all Teamster women, from the shop floor to the highest union offices, to fight sexism on the job and in the union and take the lead in a union that represents and fights for all its members.

The assets of the Central States Pension Fund fell to $9.8 at the end of March, a drop of $573 million in the first quarter.  The fund projects forward that it will pay $2.83 billion in pension benefits this year, while taking in $651 million in employer contributions.

TForce is on a roll, doing better in the profit column than in its previous life as UPS Freight. It finished the second quarter with an operating ratio of 90.1%