The O’Brien-Zuckerman Teamsters United Slate has won a runaway victory in the Central Region with more than 70% of the vote. The results are a mandate for a new direction for our union. 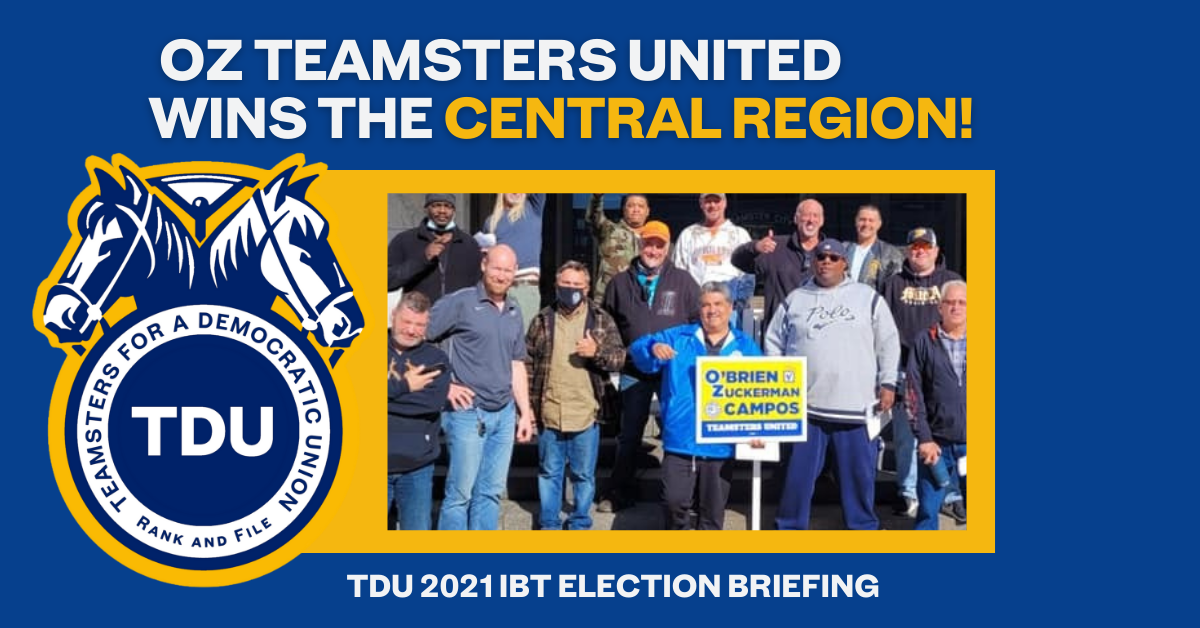 Members in each of these locals voted by 80% to 95% for Teamsters United. More locals, large and small, voted for OZ-Teamsters United by similar margins.

OZ-Teamsters United has now swept both the South and Central with more than 70% of the vote.

“Our campaign used a rank-and-file army to take that message to the members in Chicago. That’s how we won 95% of the vote in Local 705 and doubled the average national voter turnout. We had one candidate in our Joint Council. Vairma had three including the head of the Joint Council. We’re winning with rank-and-file power. That’s the story of Chicago and the story of this election.”

Many OZ supporters expected a Teamsters United victory. But a wipeout of this proportion reveals how out of touch the Vairma-Herrera Slate was with the rank and file.

Vairma-Herrera embraced Hoffa’s endorsement and the employer-friendly approach that has alienated members.

The result? Vairma slate members Terry Hancock of Chicago Local 731, Nina Bugbee of Michigan Local 332, and Brian Aldes of Minnesota Local 320 struggled to win their own locals and could only turn out 10% to 13% of the vote.

In Hoffa’s home local of Pontiac Local 614, there were just 11 votes for Vairma.

Votes Are Being Counted

Congratulations to Teamster United candidates Tom Erickson, Avral Thompson, and Danny Avelyn, who are cruising to victory as Regional VPs for the Central Region.

The vote count will move on next to the East, West, and finally Canada.

The count is being conducted by the staff of an independent Election Supervisor and is expected to be completed by this Friday, November 19.

Click here to see the local-by-local breakdown in the Central.