Central States Pension Fund Director Thomas Nyhan has issued a letter to Senator Sherrod Brown (D-OH) that, if approved, his proposed pension legislation could stabilize the Fund’s finances without benefit cuts to active Teamsters or retirees. 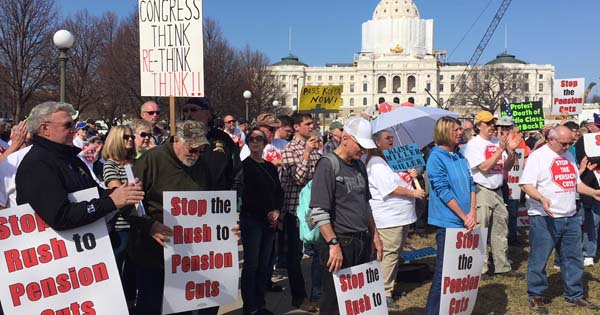 Senator Brown will release the Butch Lewis Act at a press conference in Washington, DC tomorrow.

Retired and active Teamsters, representing local committees from North Carolina, Ohio, Wisconsin and others in the network established by the National United Committees to Protect Pensions (NUCPP), will attend in support of the bill.

If passed, the bill would provide loans to pension funds in critical or declining status to guarantee payments of promised pension benefits. Money for the loans would be raised by the U.S. Treasury issuing bonds that would be purchased by private investors.

The NUCPP has initiated lobbying efforts pressing for passage of the bill both on Capitol Hill and back in home districts.

In September, Central States representatives told a meeting of Teamster officers that Brown’s bill would not work. After a new actuarial analysis, the Fund now reports the legislation could allow Central States to meet its pension obligations, without cuts, through a combination of federal loans and PBGC assistance provided for in the bill.

“The Fund’s projected ability to make repayments applies only to the $11 to $15 billion loan amount; the Fund would not be expected to repay any of the $20 to $25 billion of PBGC financial assistance," Nyhan wrote.