Support the Rank and File Rebellion in the Teamsters 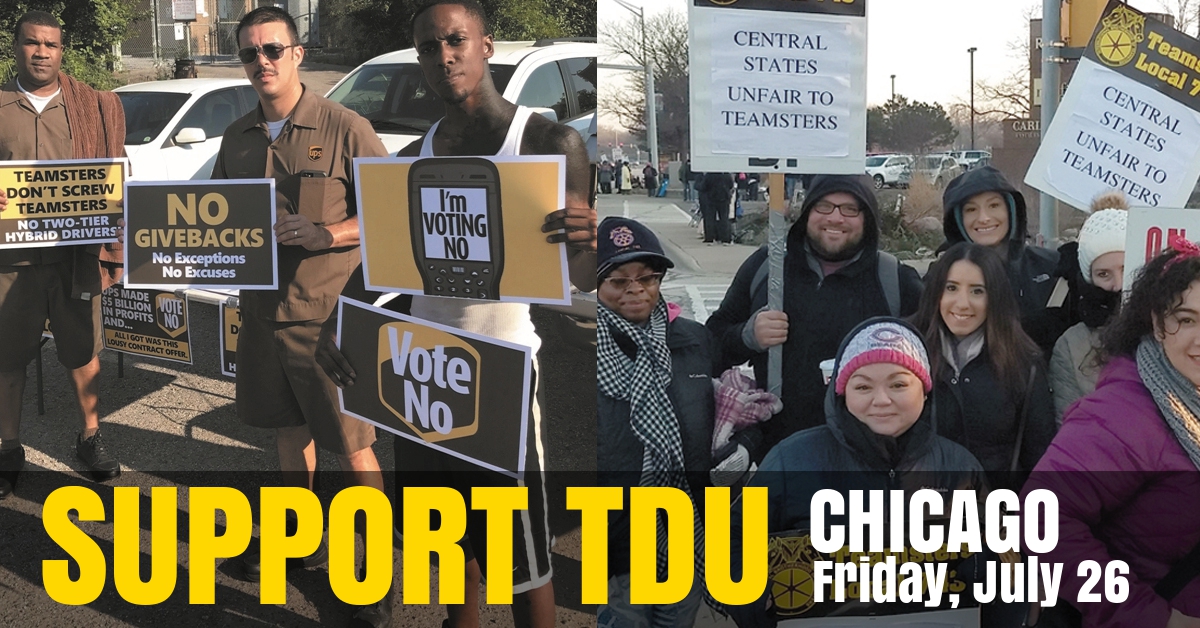 Revolution in the Teamsters

TDU is a grassroots movement of union members organizing to transform the Teamsters and put the movement back in the labor movement.

TDU activists are moving from Voting No against givebacks to voting for change. TDU helps members run for local union office and build progressive locals after they win.

The next International Union election in the Teamsters starts next year. TDU is organizing at the bottom to win at the top. We’re raising $100,000 to make it happen.

All donations are confidential.

Your donation to the TDU Future Fund is tax-deductible and will be processed by TRF, our non-profit educational and legal organization. No TRF funds are used in support of candidates for union office.