The Independent Review Board (IRB) has issued a report charging that the Ohio Conference of Teamsters exists to pay extra salaries to officers, along with Christmas bonuses, golf clubs and other perks. 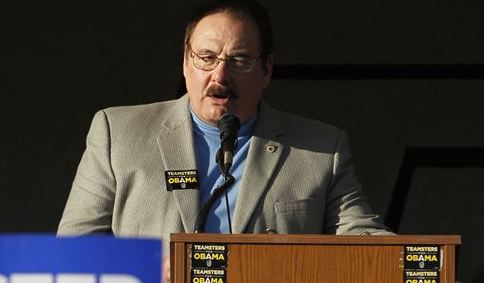 The 59-page report calls on James Hoffa to take action to place the Conference, headed by Bill Lichtenwald, into trusteeship and all-but calls for it to be abolished as a waste of members’ dues money.

The report reads like a manual on how to abuse the trust and money of Teamster members.

The report states (page 12) that one Conference official told the IRB that “the conference’s major purpose was to supplement the salaries of officials in less prosperous locals.” That’s an honest assessment, since over half of the $747,000 income goes straight to compensation of various officers who already receive full-time salaries.

Any legitimate union function of the Conference could be done by Joint Council 41, which includes approximately 90% of Ohio Teamsters, and Joint Council 26 in Cincinnati.

A detailed review of the minutes of Conference board meetings shows very little done to benefit members, with most meetings approving Christmas bonuses or extra per diem payments for officers, parties, golf clubs, a free trip to the Las Vegas Teamster Convention for an ex-officer, and other perks.

The report also noted that Conference President Bill Lichtenwald (pictured above)—who is also a trustee of the Central States Pension Plan—never even saw the checks issued over his name. The Conference staffer has a stamp to sign his name, as well as one for the secretary-treasurer. When Lichtenwald was asked at his deposition if the Conference had an attorney on retainer, he replied he didn’t know. But his name was on $10,000 monthly checks to the law firm. No retainer agreement with the firm exists. The report details a complete lack of financial controls; the three trustees admitted they don’t review any financial records.

The question that anyone who reads this report will ask is how could this abuse have been allowed to go on so long? Why didn’t the Hoffa administration listen to members and officers who have been saying this for years?

The answer is that too many Hoffa administration officials see no problem with a union structure existing for the primary purpose of extra salaries and perks, rather than building Teamster power.

That has to change.