What do you do when you give a corporation the deal they want, but the pension fund vetoes it as illegal? That’s the IBT’s question regarding their deal with Kroger Co. 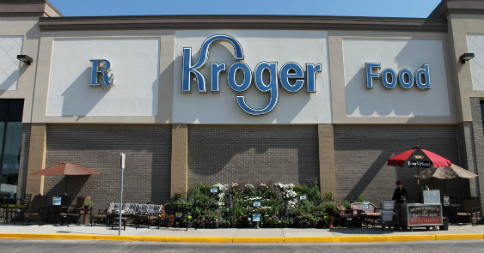 A May 20 meeting in Washington DC with local officers failed to answer that big question. The meeting ended with the IBT leadership asking the locals to help pressure the pension fund to accept the deal.

International Vice President Steve Vairma reported that the initial vote among 1,500 Kroger Teamsters was 5-1 to accept the deal. He asked the locals present, representing thousands of Teamsters who work for Kroger’s logistics contractors, to help sell the deal. But he also admitted that the Central States Fund has firmly stated ‘No’ to the deal.

Kroger’s logistics contractors operate its distribution warehouses and transportation in Atlanta, Louisville, Indianapolis, and Cincinnati, along with other Kroger operations.

So the question remains: what does the Hoffa administration do now?

TDU made public the Pension Fund’s letter to the IBT and Kroger in early May, after the IBT kept it secret. In that letter, Central States Director Thomas Nyhan pointedly reminds them that federal law requires cash payment of withdrawal liability (estimated at $1 billion or more) before an employer can pull out of a union pension fund. The letter details the ways that the proposed deal violates the law, the fund’s Trust Agreement, and the Plan Document.

Many Teamsters see no alternative, but to vote for the plan, in hopes of saving their hard-earned pension benefits. But as more than one Kroger Teamster has noted, pulling out of the union pension fund could be the first step in a plan to bust the Teamsters Union at Kroger. And the IBT has failed to inform Kroger Teamsters that they agreed to an illegal deal which the pension fund has blocked.

At the May 20 meeting, Vairma admitted that the plan was proposed by management; it appears that the IBT was quick to say “yes” without reviewing the problems or presenting it to the pension fund.

The people who run the International union are covered by an extremely lucrative pension plan (The Retirement and Family Protection Plan) only available to International officers and staff. If they had to retire on the pensions of working Teamsters, maybe they would work to defend our pensions.