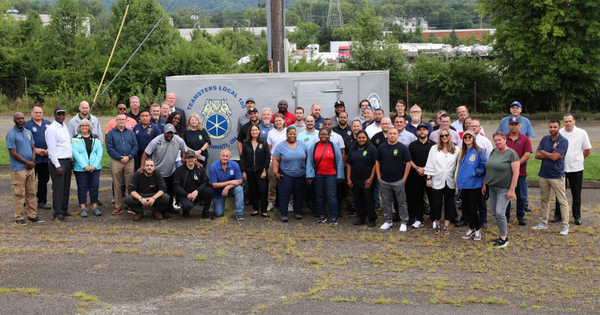 About 4,000 DHL workers are Teamsters, including AEI and Express operations. Teamsters represent more than 65% of the DHL workforce in the United States. The new Teamster organizing initiative is working to raise that number by 1,500.

CVG is the central US air hub for DHL’s international operations. It is the single largest DHL facility in the country.

In a video posted on Facebook, Teamsters General Secretary-Treasurer Fred Zuckerman explained that 2021 was DHL’s most profitable year on record, with a 14% increase in revenue.

“We must demand that workers share in the success of DHL,” Zuckerman said.

This past weekend the IBT Organizing Department held a training and DHL organizing blitz with more than 60 organizers from across the country at the Cincinnati Local 100 union hall.

Organizers attended a new training, practiced organizing skills, and then made house-calls to talk with DHL CVG workers and get cards signed for recognition with the Teamsters. 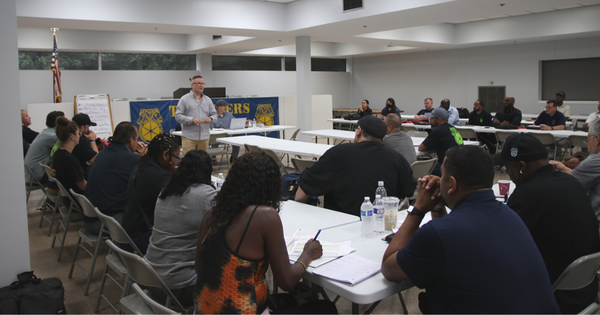 Test for Organizing in Logistics

The DHL campaign is an on-the-ground test for Teamster organizing in logistics, including Amazon.

“There is a lot of overlap with the issues these DHL workers face and the issues that Amazon workers deal with,” said Corey Levesque, a UPSer and Amazon organizer in Rhode Island Local 251 who participated in the training and blitz.

“There is also a lot of overlap in demographics. The average age is around 27. The turnover rate is high, few have been there more than 1 or 2 years,” Levesque said. “Success at DHL is going to help us to talk to Amazon workers about building power on the job.”