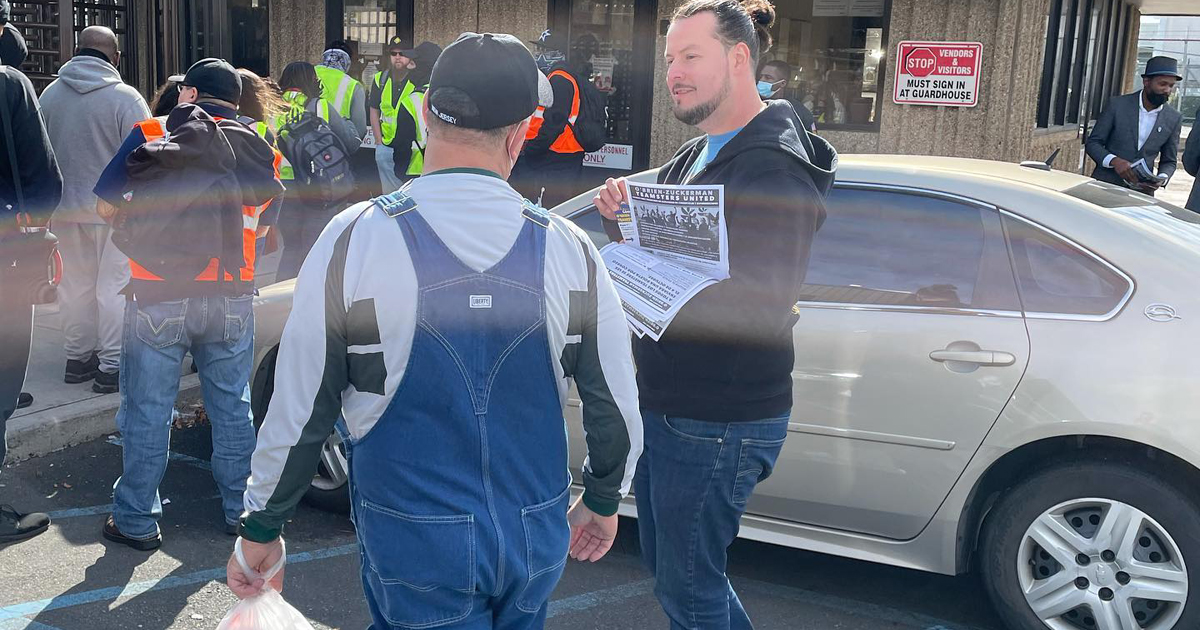 Do the math. Over 100,000 members have voted; 1.2 million have not. Many of them will not vote. But let’s focus on the ones that will or could, including members who are telling you they’ve already voted.  Many of them have not.

Some people don’t want to admit they haven’t voted. But their ballot is on their kitchen table or in their car. What you do or don’t do, can make a difference between that ballot getting counted or it landing in the trash.

Myth 2: It Doesn’t Matter What We Do, Members Won't Vote

This is flat-out wrong. In every Teamster election, including this one, voter turnout is much higher in the locals where members continue to actively campaign. Where we talk to members, they vote in higher numbers.

In some locals in this election, 10% of the members will vote. In other locals, the turnout will be three times that number. Live like them. Pass out sample ballot leaflets before and after work. Use texting and whatsapp to remind members to vote. What we do drives up voter turnout.

Understaffing at the post office has delayed mail. No doubt.

But that problem is also an opportunity. Members who got their ballots late are more likely to still have them. It’s our job to keep campaigning and get those ballots mailed in.

Focus on getting out the vote. That’s the thing we can control.

Myth 4: The Election is in the Bag

Low turnout elections mean the results are more volatile. In 2016, Fred Zuckerman lost by two percent of the vote.

If 200,000 Teamsters vote, then 2% of the vote will be just 4,000 votes. The votes that will come in between now and the vote count on November 15 will decide this election. We need to go out and get them.