This Labor Day, TDU stands in solidarity with fellow Teamsters and workers everywhere who are uniting to take on corporate greed and fight for a just society. 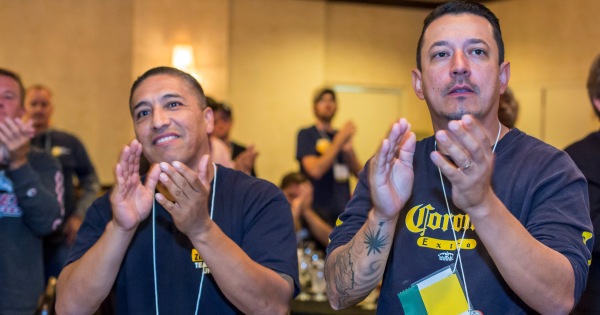 Corporations, CEOs and the 1% have rigged the system against working people.

The top 1% have pocketed 85 percent of the income growth since the 2008 recession. Growing economic inequality is pushing us apart. TDU is about bringing workers together to fight for change.

In the Teamsters, we're doing just that. Last year, reform candidates for International Union office won the majority of the vote from U.S. Teamsters. We successfully elected six IBT Vice Presidents--and we're not done yet.

We have the tools and strategy—and if we can increase our resources and grow our movement, I know we can win.

If you're not a TDU member, please check out what we're about, and join our movement.

If you're already a TDU member, I want to thank you for your hard work all that you do to build this movement.

PS. Our annual Convention is coming up in Chicago, October 27-29, and it's gearing up to be a good one. New workshops, special guest speakers, Fred Zuckerman, and other Teamsters United leaders; you won't want to miss it. Click here to find out more or give us a call at 313-842-2600.