UPS Teamsters in Western Pennsylvania and Detroit Local 243 voted No by 96% and 88% to reject their supplements. But the Hoffa administration is moving to impose the rejected contracts anyway. 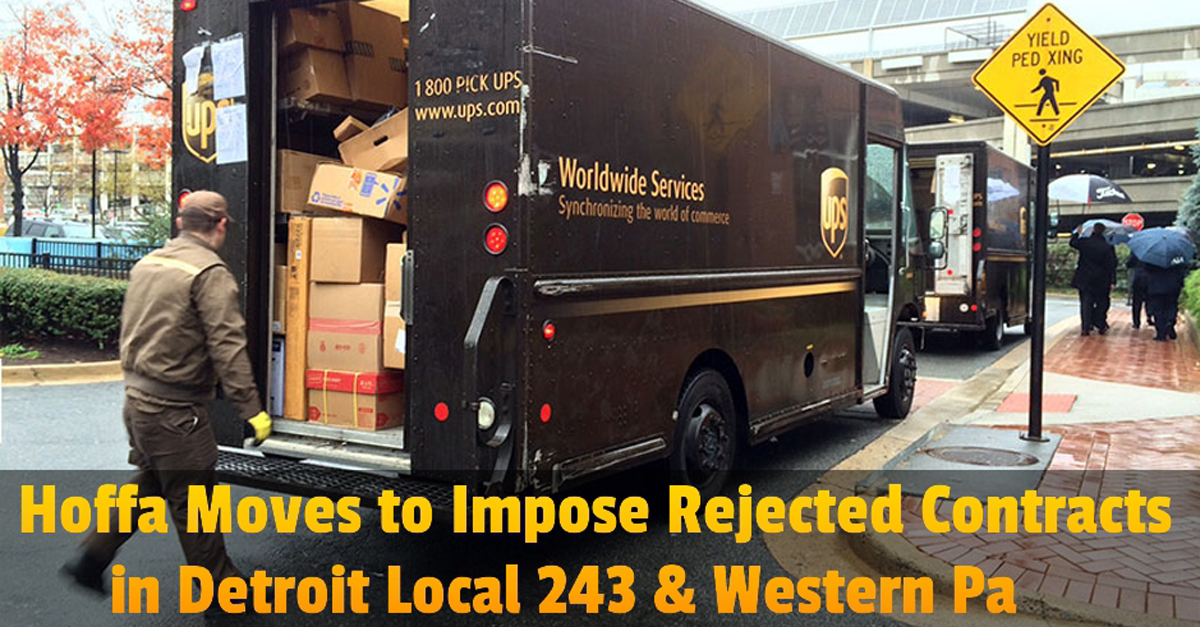 This betrayal goes beyond two supplements. If the Hoffa administration overrides the members, it will weaken the bargaining leverage of every Teamster.

UPS and other employers will learn they can ignore bargaining committees and the members and go straight to the Hoffa administration to get concessions.

Denis Taylor told the Negotiating Committees from Western Pennsylvania and Detroit Local 243 that the supplements were being imposed because their demands were unobtainable. That’s just a lie.

In Western Pennsylvania, the rejected offer was worse than what UPS offered in October. The company took some pension contributions off the table that were in the first offer.

Hoffa, Denis Taylor, and UPS are working together to make an example out of members who voted no. They want to discourage all Teamsters by showing that our votes don’t matter.

Members will prove them wrong by using our power to vote them out and make this the last UPS contract that Hoffa and his friends ever negotiate.

Go Back to the Table

In the meantime, the national contract cannot go into effect until all of the supplements are ratified.